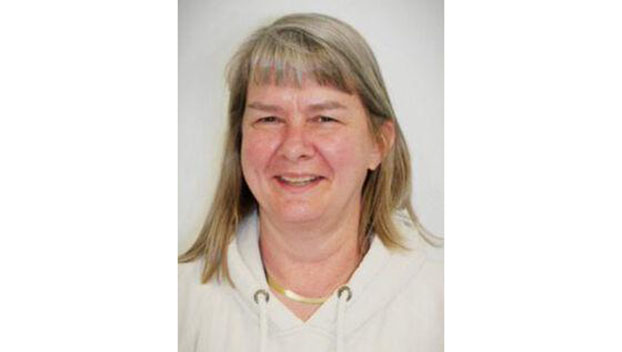 When Frankfort High math teacher Melissa Crosby heard from Cambridge University Press about its dedicated-teacher awards, she was skeptical.

“When I first got the email about four weeks ago, I took it up to Arlene Crabtree, our tech person, to see if it was a hoax, if it was something I should respond to,” Crosby said.
It was no hoax.

Crosby is one of six regional winners for the Cambridge University Press Dedicated Teacher Award.

According to its website, the awards are a global competition in which people can nominate a current primary or secondary teacher for something wonderful they’ve done.

The overall winner of the Cambridge University Press Dedicated Teacher Award will be determined by a public vote.
People can vote for any of the six regional winners at dedicatedteacher.cambridge.org. Voting is now open.
About 13,000 nominations were received this year from 112 countries. Crosby is the regional winner for North and South America.

“It’s not, in my mind, it’s not deserved,” Crosby said. “When I have students who are struggling or failing, it’s just fluff.”
Crosby said knowing how to deal with students’ struggles during a pandemic year has been challenging.

“Every student is different,” she said. “There’s not one easy way to know what to do. I had a principal once tell me you have to let some things go, but I struggle doing that. I want to get them to where they’re comfortable working through the math with me.

“That’s where my heart is. I’m never going to make them all love math, but if I can get them to stop saying ‘I can’t do this,’ I feel like I’ve won a victory.”

Crosby, who graduated from George Rogers Clark High School in Winchester, earned a bachelor’s degree in math education from Kentucky and a master’s degree from Georgetown College.