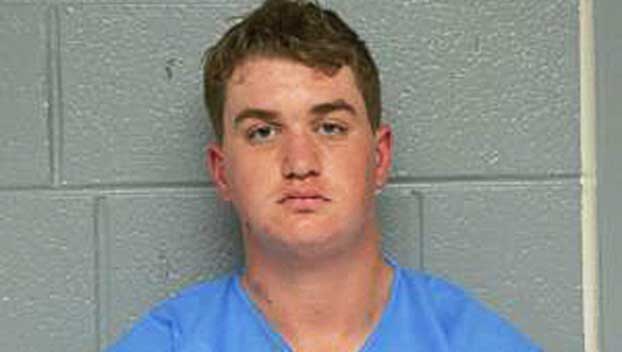 A Kentucky man was arrested after throwing a homemade bomb at a group of Kentucky college students over the weekend, police said.

The only person hurt was the alleged bomber, who was burned on his hands, Kentucky State Police reported.

Shortly after 9:30 a.m. Saturday, police say a male approached several female students congregated near a housing complex at the southwest corner of the Murray State campus.

Witnesses observed the male produce a molotov cocktail-style explosive and throw it in the direction of the students.

In doing so, the male suffered burns to his hands before fleeing the area in a vehicle, police said.

None of the female students were injured. State Police, with the assistance of the Bureau of Alcohol, Tobacco, Firearms, and Explosives, conducted an investigation and quickly developed a suspect.

Epperson was treated for burn injuries at Murray Calloway County Hospital and later transported to the Calloway County Detention Center where he was charged with two counts of attempted assault 1st and one count of possession of a destructive device.

Both charges are felony offenses. The Bureau of Alcohol, Tobacco, Firearms, and Explosives are conducting a separate investigation relating to the destructive device.

The investigation is continuing by the Kentucky State Police.