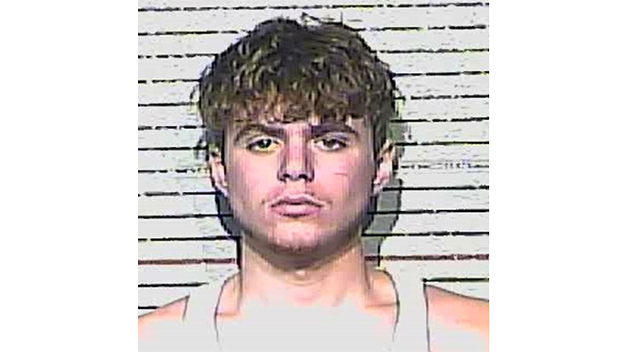 An 18-year-old Kentucky man is behind bars after Frankfort police investigating an assault report discovered two juveniles passed out inside his residence.

Officers were called to Frankfort Regional Medical Center at midnight Sunday in reference to an assault report. The female victim reportedly told police that she was attacked by her boyfriend, Leeland Fern, when she went to his Moss Lane apartment to recover her property.

According to Fern’s arrest citation, the female victim said that he got on top of her, spit on her, punched her in the face and placed his hands on her neck. The officer noted that the victim had injuries to her head, neck and legs.

When police arrived at Fern’s residence they noticed several juveniles inside. One of them, a 17-year-old male, was reportedly passed out on a couch and not responding to his friends’ attempts to wake him. The officer also tried to wake the juvenile before eventually requesting an ambulance.

Police also found a 15-year-old female passed out in her own vomit on the bathroom floor. It took several attempts to wake her as she was allegedly under the influence.

“Laying in plain view were empty bottles of cough syrup and pipes commonly used to smoke marijuana,” the officer wrote in the arrest report. “We also found other drug paraphernalia consistent with the smoking of marijuana.”

He was transported to the Franklin County Regional Jail and is being held on a $10,000 full-cash bond.

Shooting ends with Kentucky sheriff’s deputy and another person…