Kentucky woman says boyfriend ‘urinated on her clothes, punched her in the face, threw her dog across room’ 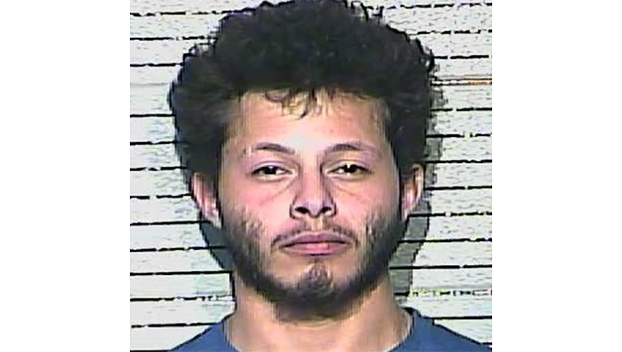 A reported domestic assault between a girlfriend and boyfriend landed a Kentucky man in jail.

Police were dispatched to Country Hills Apartments on Schenkel Lane at 10:30 p.m. Wednesday after a female victim accused Devin Vasquez, 25, of urinating on her clothes, punching her in the face, throwing her dog across the room and breaking her iPhone.

The female victim told police that Vasquez went to sleep after being intoxicated and when she asked him to move over to make room for her in the bed he became irate.

According to his arrest citation, Vasquez “got up, peed on a pile of her clothes in the closet and went to the bathroom.” When he returned to bed, she alleges that he “straddled her head and struck her in the face with a closed fist.”

The victim also claims that Vasquez “grabbed her dog by the hind leg and threw it across the room.” She said when she got up to get the dog he “grabbed her by the arm and threw her against the wall.”

The female reported that she called her mother to come get her and Vasquez took the phone from her and threw it on the ground, which broke it.

The responding officer noticed bruising on the victim’s left arm and that her iPhone 13 Pro Max had a shattered screen. The female stated that the phone cost $1,300.

Vasquez told police the pair had been arguing all day and that he never touched the victim. He said he told the female victim to gather her belongings and leave, but she returned and he then requested that she leave to again and she would not.

Vasquez allegedly called dispatch to ask for a police presence while the female was there “to prevent the argument from becoming too heated.” He reported that she broke her phone by throwing it against the floor and that the two “then began throwing it back and forth out of frustration of it being a broken $1,300 phone.”

He is charged with first-degree criminal mischief, a Class D felony, and fourth-degree assault (domestic violence with minor injury), a Class A misdemeanor.

Vasquez is being held in the Franklin County Regional Jail on a $5,000 10% bond.