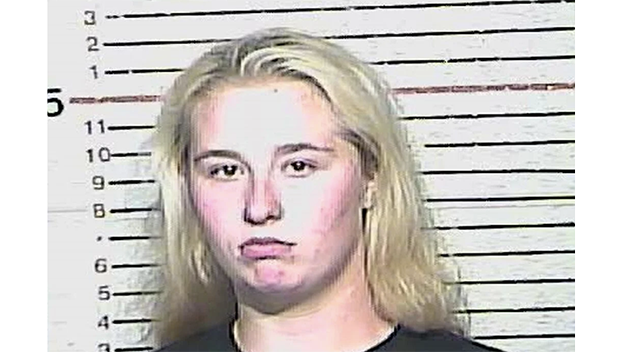 A Kentucky mother who left three young children in a vehicle while she was in a Frankfort bar pleaded guilty to eight charges against her in Franklin Circuit Court Friday.

Mercedes K. Carrier, 22, entered the plea to three counts of second-degree criminal abuse (child 12 or younger), all Class D felonies; three counts of endangering the welfare of a minor, a Class A misdemeanor; second-degree disorderly conduct, a Class B misdemeanor; and alcohol intoxication in a public place, first and second offenses, a violation.

As part of her plea agreement, three counts of first-degree wanton endangerment, a Class D felony, were dismissed.

Frankfort Police were called to Rose’s Pub on Elkhorn Court at 10:05 p.m. on Sept. 17 after a caller reported three children under age 4 had been left in a Mitsubishi Outlander for hours.

When an officer located the vehicle the three children were found in the backseat and no adults were in the vicinity. Police noted an in-vehicle thermometer recorded the outside temperature at 76 degrees.

According to her arrest citation, a one-year-old male was unconscious and unresponsive with a “thick wool blanket covering his head and entire body.” The child was not restrained in a car seat.

A two-year-old male was screaming in the backseat and a three-year-old was awake and alert.

“I observed all three had white rings around their lips,” Officer Austin Childers wrote in the arrest report. “The children also had red faces and were sweating and showed signs consistent with dehydration.”

EMS, which eventually transported all three children to Frankfort Regional Medical Center, was called in to assist.

After EMS arrived, police observed Carrier, who was allegedly uneasy on her feet and had a strong odor of an alcoholic beverage coming from her breath and slurred speech, leaving the pub.

The arrest report states that she started screaming profanities and speaking in incoherent sentences when she saw her children were receiving medical attention and was told several times to stop yelling, but refused to cooperate.

Carrier allegedly told police she left the children in the SUV “to go inside Rose’s Pub due to the fact that she was having issues with her ‘baby daddy.’” She said the children were only left unattended for about 15 minutes before officers arrived.

Per her plea agreement, the Commonwealth opposes probation. Carrier is slated to be sentenced on Jan. 21.