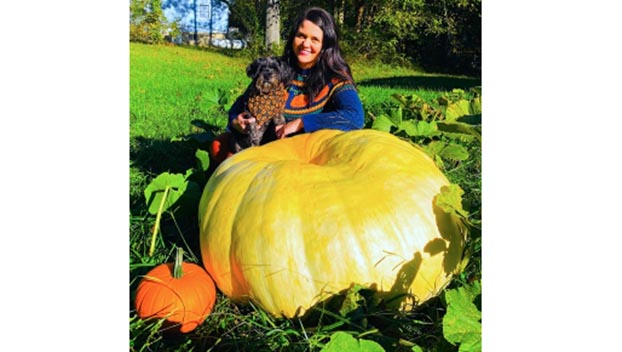 Fall would not quite be fall without pumpkins, especially for Halloween, and one couple in Wallins, Kentucky might just have one of the biggest pumpkins you have ever seen.

Holly Evans said she and her husband started growing giant pumpkins 10 years ago, but this is the biggest they have ever grown.

“It weighs around 240 pounds, but we can’t weigh it, so we use measurements to determine the weight,” she said.

With a pumpkin this size, patience and care are not the only ingredients needed to grow something so giant.

Evans said once the giant pumpkin has stopped growing, it will be picked and rolled to the front of their house, where it will sit until it begins to rot.

“We gather the seeds and save them for next year and give to friends and family that want to try and grow a giant pumpkin,” she said.

In Pigeon Forge, Tenn., Dollywood has a display of giant pumpkins. Evans said her goal is to donate one to Dollywood next year to use as a decoration in the park.

“I name my pumpkins each year, and our pumpkin this year is named Dolly Parmpkin,” she said.