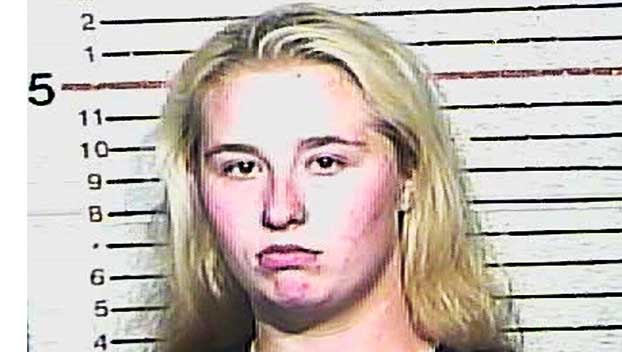 A Kentucky mother who left three children under the age of 4 in her vehicle while she patronized a local bar was indicted by a Franklin Circuit Court grand jury on child endangerment charges Tuesday.

At 10:05 p.m. on Sept. 17 Frankfort Police responded to Rose’s Pub on Elkhorn Court after a caller reported three children had been left in a car for hours.

Upon arrival Officer Austin Childers located a white Mitsubishi Outlander with three children in the backseat. He stated that only the driver’s window was down and there were no adults in the vicinity. He also noted that his in-vehicle thermometer recorded the outside temperature at 76 degrees.

Childers wrote in his report that he found a one-year-old male unconscious and unresponsive. He said the child had “a thick wool blanket covering his head and entire body” and was not restrained in a car seat.

“I observed all three had white rings around their lips,” Childers explained. “The children also had red faces and were sweating and showed signs consistent with dehydration.”

The officer called for EMS to provide medical attention to the three children.

According to her arrest report, after EMS arrived Carrier was observed leaving the pub. Childers noted that she “was uneasy on her feet and had a strong odor of an alcoholic beverage coming from her breath as she began to speak” and had slurred speech.

When she saw her children were receiving medical treatment she “became irate and began screaming profanities and talking in incoherent sentences.”

Carrier was advised numerous times to stop yelling but refused to do so, the report states. She was placed under arrest and escorted to Childers’ vehicle where she was read her rights.

She reportedly told police that she left the children in the SUV “to go inside Rose’s Pub due to the fact that she was having issues with her ‘baby daddy.’”

Carrier allegedly said that she planned to stay for a long time because she had been drinking and added that the children were left unattended in the vehicle approximately 15 minutes before authorities arrived.

All three children were transported to Frankfort Regional Medical Center and Child Protective Services were notified.

She is being held in the Franklin County Regional Jail on a $25,000 full-cash bond.