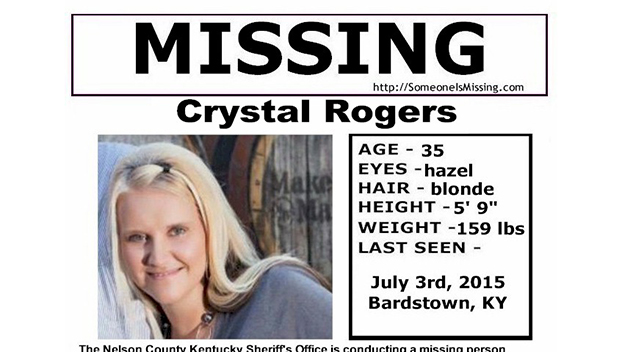 Several items of interest have been found in the FBI’s most recent search of a Kentucky subdivision in connection to the disappearance of Crystal Rogers.

The FBI Louisville office said in a social media post Tuesday that  several items of interest have been sent to its laboratory in Quantico, Va.

FBI agents, along with the Nelson County Sheriff’s Department, started a search of the Woodlawn Springs subdivision in Bardstown at the end of August.

Rogers was a Nelson County mother of five, who went missing on July 3, 2015. Her car was found abandoned with a flat tire on the Bluegrass Parkway in Bardstown. Rogers’ phone, purse and keys were found still inside the vehicle.

Brooks Houck was named a suspect in the case by the Nelson County Sheriff’s Office but has not been charged. Houck was reportedly the last person to see Rogers alive. Houck and Rogers were reportedly dating at the time.

The homes that the FBI targeted in its search were  reportedly built by a company owned by Houck, according to property records. The FBI said the people currently living in the homes are not considered suspects.

No arrests have been made.

There’s a $25,000 reward for information that helps solve the case.