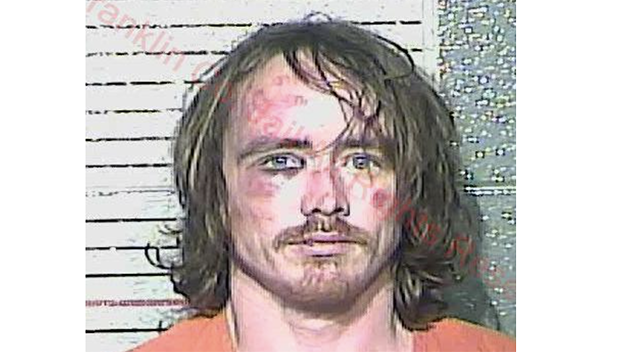 The attorney for a Richmond man accused of trying to run over a man in his front yard in May 2020 has asked the Franklin Circuit Court for a trial date.

Devin William Clark Barrell, 32, allegedly attempted to run over a Browns Ferry Road resident when he drove through the man’s lawn toward him on May 15, 2020. Barrell did not hit the man and no one was injured.

“Mr. Barrell believed he was told to kill the people,” Frankfort Police Capt. Dustin Bowman explained, adding that Barrell, who authorities believe may have been under the influence of an undetermined substance at the time, did not know the victim.

“When he missed, he tried again and hit the house with his vehicle,” Bowman stated, confirming that a woman and child who were in the house at the time were unharmed.

The collision caused more than $1,000 in damage to the house, according to police.

When officers and Franklin County deputies went to arrest Barrell, he resisted and assaulted one of the deputies, Bowman said.
Barrell has pleaded not guilty to attempted murder, a Class B felony; two counts of first-degree wanton endangerment and third-degree assault, both Class D felonies; and driving under the influence (second offense), leaving the scene of an accident and resisting arrest, all Class A misdemeanors.

On Friday, Barrell’s attorney requested a trial date to resolve the case.

“The trial date will be in January or February,” Franklin Circuit Court Judge Thomas Wingate said.