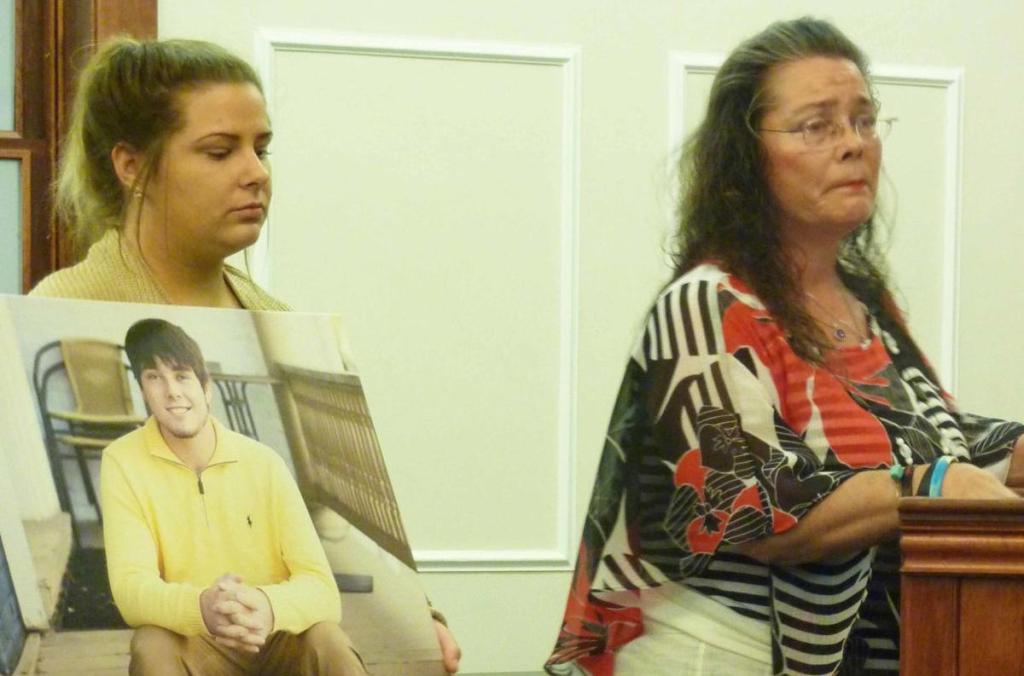 Ann Banta, right, addresses a co-defendant in her son's murder case, while her son’s former girlfriend, Lauren Knarr, holds a photo of Jared Banta during a sentencing in Franklin County Circuit Court in this State Journal file photo.

The mother of Jared Banta, a Pizza Hut manager who was shot and killed in his vehicle while parked at Country Hills Apartments 4½ years ago, passed away last month before the case against the final defendant accused in her son’s murder was resolved.

Ann Banta, right, addresses a co-defendant in her son’s murder case, while her son’s former girlfriend, Lauren Knarr, holds a photo of Jared Banta during a sentencing in Franklin County Circuit Court in this State Journal file photo.

Ann Banta, who made every court hearing, sentencing and Zoom meeting in her fight for justice against the five people charged in the death of her 21-year-old son, passed peacefully Aug. 6 after a battle with cancer.

The lone remaining defendant, Kedrick Burton, 25, is facing charges of murder, a Class A felony, and first-degree robbery, a Class B felony.

The case was scheduled for a jury trial on Aug. 24 but Burton’s attorney, Kevan Morgan, asked for a continuance at a status hearing last week. Morgan told Franklin Circuit Court Judge Thomas Wingate that he has yet to meet with Burton face-to-face due to COVID-19 precautions at the Franklin County Regional Jail, where Burton has been held since Jan. 10, 2017, on a $500,000 full-cash bond.

“Attorneys are not able to meet with clients for meaningful trial preparation,” Morgan explained.

Wingate replied that the next available trial date likely wouldn’t be until January.

“This (the COVID-19 pandemic) is supposed to be over in December,” the judge added. “Everybody will either be dead or vaccinated.”

A trial date has not yet been scheduled.

At 10:48 p.m. on Dec. 26, 2016, Victorya “Paige” Young, Brooke Kennedy and Cameron Montgomery lured Jared Banta to the Schenkel Lane apartment complex parking lot under the guise of a marijuana deal.

Young told investigators that location was chosen because there were no security cameras in the vicinity and she said the women were promised a share of the money from the robbery that Krishaun Mays, 22, and Burton planned on Banta.