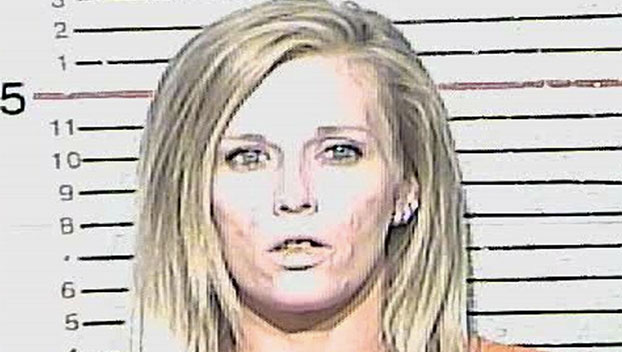 When Kentucky police arrested a 28-year-old Frankfort woman for reportedly shoplifting from a Frankfort Dollar General on Versailles Road Saturday evening they also discovered three illegal drugs in her possession.

Frankfort Police were dispatched to the store at 8 p.m. Saturday after an employee witnessed Kristen Cox, who appeared to be under the influence of drugs, stealing items. The employee who phoned authorities said Cox had left the store and was at the Dollar Tree next door.

Officers allegedly found the stolen items in her purse along with a small baggie of heroin, a folded piece of paper containing methamphetamine and a bag of marijuana. According to her arrest citation, Cox also had a pipe with marijuana residue and several syringes — including one that was loaded with suspected heroin — in her possession.