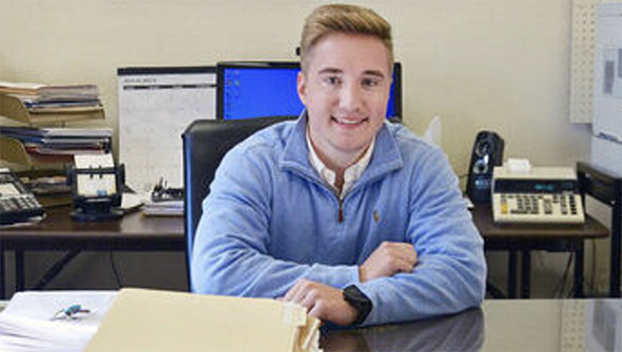 A Kentucky county treasurer has been notified that his employment with the county was being terminated.

The termination comes on the heels of an altercation Hinkle was involved in following a public hearing concerning the expansion project for a local kennel that is located next door to his parents’ house.

Following Boyle County Fiscal Court’s two-hour and 45-minute closed executive session, Magistrate Jamey Gay made the motion to “terminate our treasurer” and immediately place him on paid administrative absence. Hinkle would have the opportunity to request a termination hearing based on the court’s decision within 10 days of receiving the letter of intent for termination.

The fiscal court will preside over the termination hearing if one is requested. County Attorney Chris Herron said Hinkle does have an attorney.

The motion was seconded by Magistrate Jason Cullen. Voting in favor of terminating Hinkle were magistrates Gay, Cullen, Ron Short, Phil Sammons, and Tom Ellis. The only “no” vote came from Magistrate John Caywood.

Boyle County Judge-Executive Howard Hunt said, “I really don’t need to make any comment until this future action, of a hearing potential, runs its course.”

Hinkle’s firing came on the heels of an altercation he was involved in following a Board of Adjustments public hearing last week concerning the expansion project for a local kennel that is located next door to his parents’ home on Harrodsburg Road.

Additionally, Hinkle was asked to leave a June meeting of the Board of Adjustments by board chair George Coomer after speaking out of turn during the meeting.

Hinkle took over the position of county treasurer after Mary Conley retired at the end of September last year, following a 28-year career as treasurer.

Hinkle was first hired as the county’s finance officer just two months before taking over as treasurer in charge of the county’s $40 million annual budget.

He is a 2015 graduate of Boyle County High School and a 2019 graduate of Georgetown College.

This year’s budget for the county treasurer’s salary is $55,000, plus retirement and insurance.