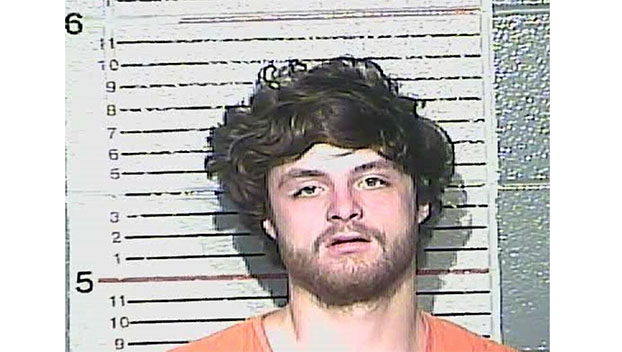 FPD officers responding to a domestic dispute at Hickory Hill Apartments on Marlowe Court at 1:39 a.m. located William Schell in the backseat of a vehicle that was attempting to leave the property.

Schell told officers he had narcotics. All occupants were detained and a search of the vehicle was conducted.

Under the front passenger seat, FPD discovered “an iPhone box that contained bindles of suspected methamphetamine, suspected heroin and what appeared to be a suspected mix of heroin and fentanyl,” according to the arrest report.

FPD also discovered a pistol in a purse on the floorboard near where Schell was sitting, the citation states.

The driver of the vehicle told police the gun belonged to her but she always keeps it at home. She said Schell “must have grabbed it when they left the house and put it in her purse as the officers approached the vehicle. She said it was not in her purse prior to leaving the house.

He is currently being held at the Franklin County Regional Jail on a $25,000 full-cash bond.

Kentucky police: Man in critical condition from stabbing at…