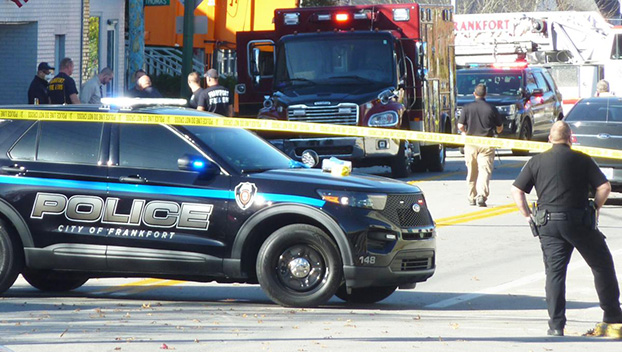 Those were the last words a witness heard Robin Jones, kitchen manager at ACCESS Soup Kitchen and Men’s Shelter, say on the morning of Nov. 10, before she was stabbed to death.

It was shortly before 9:30 a.m. Jones, 56, had just shared a mid-morning smoke break with friends and was heading back into the building to help with meal prep when she encountered Clifton Sapp, who had been a client at the shelter for several months.

“After she made the statement, Clifton raised his arm and violently ‘fast as hell’ started stabbing Robin,” said Adam McKane, who was inside near the kitchen opening bags of chips and getting dessert trays ready.

He told police he saw Sapp stab Jones two or three times and started screaming “he’s killing her” before kicking open the back door to alert officers across West Second Street at the police station.

A second witness who was wrapping silverware in the dayroom at the time of the incident, said Sapp and Jones were in between the two entry doors to the shelter.

According to the witness, Jones’ feet were up against the dayroom door preventing him from getting to her to help.

“Clinton kept on stabbing Robin,” the witness explained, adding she never made it through the second door into the dayroom.

One of the men who moments earlier had been smoking a cigarette with Jones outside, said he saw McKane running out from behind the building shouting “he’s stabbing Miss Robin.”

The witness told authorities he opened the front door to the shelter and Sapp had Jones by the pants and “was pulling her out the door by her belt loops.” He said he attempted to get Sapp off Jones, but Sapp gave him an elbow, pushed him into the street and just kept dragging her to the sidewalk.