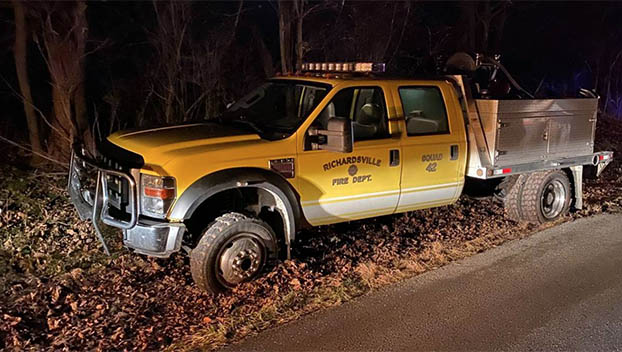 A man and woman have been arrested in connection with the theft of a Kentucky volunteer fire department fire truck.

Bonds was being held in the Allen County Jail on charges of theft by unlawful taking $10,000 or more, third-degree burglary, first-degree criminal mischief and persistent felony offender.

Underhill was being held in the Warren County Detention Center on charges of receiving stolen property $10,000 or more, first-degree criminal mischief and second-degree hindering prosecution or apprehension.

On Feb. 24, the Richardsville Fire Department posted on Facebook that its Squad 42 truck had been taken from Station #2 on Mt. Olivet-Girkin Road.

“Law Enforcement quickly located the vehicle, but the suspects had removed almost everything inside,” the post said.

The Richardsville Fire Department thanks the Kentucky State Police for their investigation that led to the arrest of Bonds and Underhill.

“Richardsville Fire Department would like to give a huge thank you to the Kentucky State Police for the great investigation which led to the arrest of these individuals,” the post stated. “We would also like to thank everyone in the community that reached out with leads. You don’t know how much that helped the investigation.”