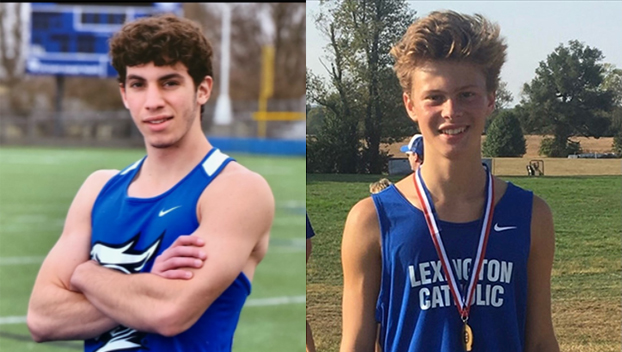 The Lexington Catholic High School community is mourning the death of two students who were killed in a Memorial Day crash in Scott County.

The identity of two Lexington teens who were were confirmed Tuesday in a letter from Lexington Catholic High School officials.

Dominic Bilotta, 17, and David Cervoni, 16, were the two victims of the crash, according to the letter to the school community.

“It is with deep sadness that we write this afternoon to inform you that Lexington Catholic Junior, David Cervoni and Senior, Dominic Bilotta, passed away last night after a tragic car accident in Georgetown, Kentucky,” the letter stated. “They were teammates on the Cross-Country team. David was a member of the Varsity Lacrosse team and Dominic was a member of the Service Club, Trapshooting team and Track & Field.”

The Scott County Sheriff’s Office said the teenagers were killed in a crash that happened around 10:15 p.m. on Carrick Pike on Memorial Day.

Investigators said a vehicle occupied by four people struck another vehicle and then a utility pole. Bilotta and Cervoni were passengers in the back seat and were pronounced dead at the scene.

The two other students who were in the car with the victims were taken to the University of Kentucky Hospital with minor injuries. Noone in the second vehicle that was involved in the wreck was hurt.

Police said speed is believed to be a factor in the crash. Drugs and alcohol are not suspected to be involved at this time.