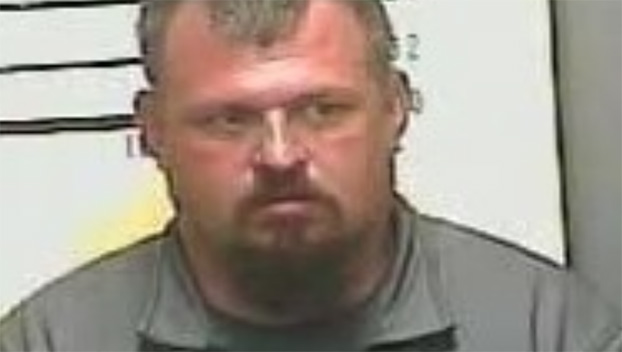 A Kentucky man is facing animal cruelty charges after a dog was found in a home suffering from malnourishment and mange.

Joshua Shane Blevins, 34, is facing a charge of torture of a dog/cat with serious physical injury or death, according to the Bell County Sheriff’s Department.

Upon arrival Deputy Southern spoke with the owner of the home where Blevins, had been staying. The landlord advised he was making entry into the home due to Blevins being evicted.

As the deputy made entry into the residence, he was met with an overwhelming odor of ammonia and feces. A dog was barking in the living room area which was barricaded off by furniture. The deputy found a German Shepherd hiding in a corner severely malnourished and dehydrated. The dog was urinating on himself and then would lick it off the floor due to being so dehydrated.

The floor was covered with feces and urine without any place for the dog to walk without stepping in it. The dog also had an extreme case of the mange.

Bell County Animal Control was contacted and took the dog under its care. Originally, officials thought the dog would have to be euthanized because of its condition, but  the dog was then transported to northern Kentucky where he is receiving medical care as well as going to be evaluated by a behaviorist.

During the investigation, Blevins showed up at the home and was immediately taken into custody.

Blevins arrived while the deputy was at the home and was immediately taken into custody. Blevins was booked into the Bell County Detention Center.

Search for missing woman in two states ends when…