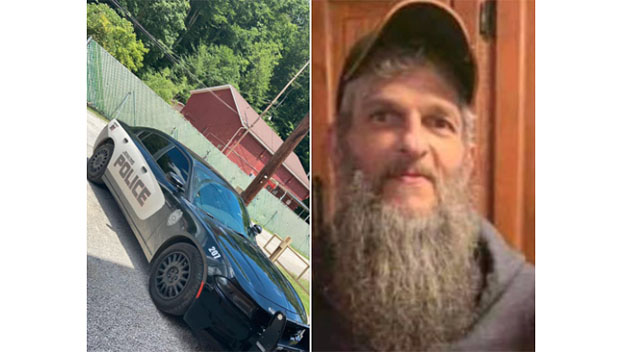 Kentucky officials retrieved what they believe to be an active grenade from the truck of a suspect who, after being detained, stole a police squad car in Jenkins Wednesday.

Steven Tackett of Brushy Fork was detained at the Double Kwik in Jenkins after guns, ammunition, and a “small explosive device” were found in the man’s truck.

According to a report from WMYT News, Kentucky State Police investigators were able to clear the area around the suspect’s truck around 10 p.m. and say the grenade in the truck did, in fact, have the potential to cause an explosion.

While detained, Tackett managed to steal the squad car he was in and flee the scene. The police cruiser was later located, found abandoned and out of gas in Pike County.

Tackett is a convicted felon and is considered armed and dangerous. Officials ask that you call 911 immediately if you spot Tackett.