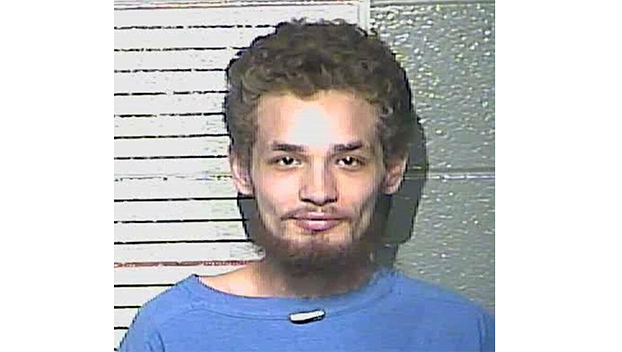 A Kentucky man is behind bars after allegedly firing five shots at a vehicle on East Main Street early Saturday.

Frankfort Police were called to Kirkland Fields Apartments at 12:13 a.m. Saturday for a noise complaint. The caller told police she heard a banging noise.

A responding officer noticed a vehicle with two windows broken and two bullet holes — one in the rear bumper and one on the quarter panel of the passenger side. He also found five shell casings.

Kevin Sangster, 23, of Frankfort was arrested after video from a nearby apartment captured him allegedly holding a gun with a mounted light and pointing it in the direction of the caller’s vehicle.

According to the arrest citation, Sangster was located on Schenkel Lane armed with a 9mm pistol with a flashlight attached. The citation also said that Sangster was under the influence of alcohol.

The owner of the vehicle told police that she knew Sangster but had blocked him and didn’t want contact with him after a brief romantic relationship. She said Sangster must have been angry about being blocked.

Sangster was charged with convicted felon in possession of a handgun, a Class C felony; first-degree wanton endangerment and first-degree criminal mischief, both Class D felonies; and alcohol intoxication in a public place, first and second offenses, a violation.

He is being held at the Franklin County Regional Jail on a $20,000 full-cash bond.