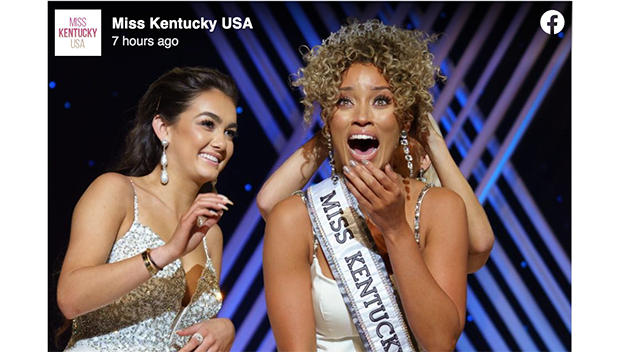 Elle Smith of Germantown, Kentucky, was named Miss Kentucky USA, besting 45 other candidates during the 67th competition Saturday night at the Center for Rural Development in Somerset.

A graduate from the University of Kentucky’s School of Journalism, Smith graduated with a bachelor’s degree in broadcast journalism and a minor in political science. She was the vice president of the university’s National Association of Black Journalists (NABJ) chapter.

In October 2020, Smith started working as a reporter at WHAS11 News, an ABC-affiliated television station licensed to Louisville.

With her win, she will move on to the national Miss USA pageant that will be held in Tulsa, Oklahoma on Nov. 29.

Kentucky family — seven in all — escape fire that…