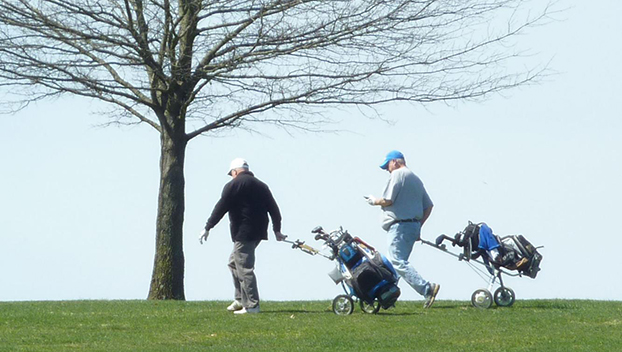 Juniper Hill Golf Course is a Frankfort staple. Built in 1957 by a municipal board, the golf course has been city-owned since its inception.

It hosts scrambles, the annual Governor’s Open, several hobbyists and amateurs —  it even serves as home base for three area high school golf teams.

That’s an average of about $321,000 during that period, though officials point out that COVID-19 disrupted business in 2020.

Those deficits are more severe than those of any of the 10 Jefferson County municipally owned golf courses in fiscal year 2019. Jefferson County’s average loss for that fiscal year was $138,709, though its courses have reported a recent uptick in business.

Frankfort parks officials and golf enthusiasts say that the benefits of having the course municipally owned outweigh the costs, and that it benefits quality of life and the local economy.

Environmentalists and government budget hawks alike have often called public golf courses a waste of space, a lost opportunity to bring in tax revenue and a hobby that favors the upper class.

The other local municipal course is owned by the county, and loses less money. Lakeview Springs, a nine-hole par 3 course with a driving range, has an average deficit of just over $40,000 per year.

Par for the course?

Since the Great Recession of 2008, golf participation has been on a slow decline.

In the two fiscal years before the pandemic, Juniper Hill Golf Course posted revenues of around $340,000, with expenses totaling about $627,000 and $670,000, according to numbers provided by the city.

“I haven’t given up yet.” 8-year-old wins Kentucky award…