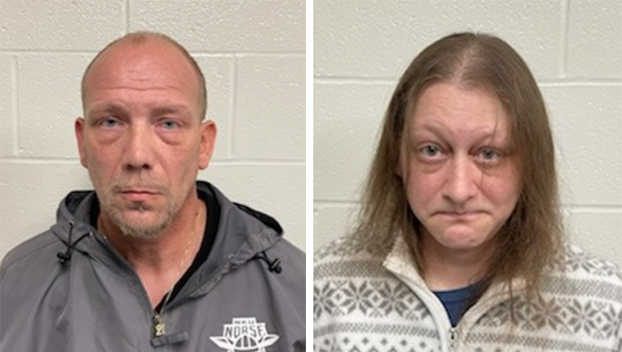 A Kentucky couple has been arrested after officers allegedly found a small child “physically locked in a bedroom and living in deplorable conditions” at a home in Boone County.

When deputies arrived at the house to investigate a report of abuse and neglect, they found the 4-year-old child who officials say was being locked inside the bedroom 15 hours per day.

Deputies also reportedly found inside of the bedroom “human feces, which were slung all over the walls and ceiling, a “potty-training mat,” a single foam mat where the victim slept, holes in the wall, along with trash and food on the floor.”

Troy Caseltine, 44 and Susan Caseltine, 40, of Florence were arrested Monday as a result of the alleged child abuse.

The two told investigators they would let the boy out of the room, but they would lock him back in the room if he had an outburst. The defendants’ bond was set at $500,000 cash, according to the sheriff’s office. They were taken to the Boone County Jail, according to jail records.

“The Caseltines stated that the child remained locked in the bedroom to prevent any distractions while the other children in the home virtually attended school,” sheriff’s deputies said in a press release.

The children in the Caseltines’ home were removed and placed with a foster family, according to the sheriff’s office. The Caseltines have each been charged with one count of first-degree criminal abuse, which is a Class C felony.