Two arrested, nearly a half a million dollars in THC vape cartridges, other drugs seized in Kentucky bust. 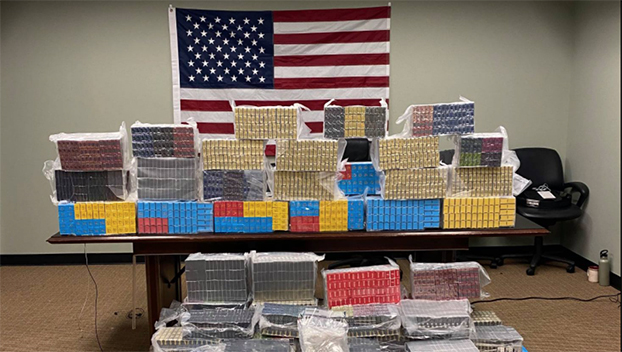 About half a million dollars’ worth of THC vape cartridges and other illegal narcotics were found during a search Tuesday in Nicholasville.

“These THC Vape cartridges are being marketed and sold to middle and high school age children,” the post said.

Two men were arrested in the case, Phillip Bailey and  Isaiah Wilkinson.

Bailey is reportedly a fugitive from another state and will be extradited back to Arkansas and Tennessee for prior pending drug charges. He was charged with Trafficking in Marijuana, Drug Paraphernalia.

Wilkinson was arrested on a warrant regarding Trafficking Heroin and Trafficking Marijuana.

Both are lodged at the Jessamine County Detention Center.

One person dies, another rescued after Kentucky kayak trip…