Man arrested after walking out of Kentucky mobile home showroom with pictures, clock, lamps other furnishings 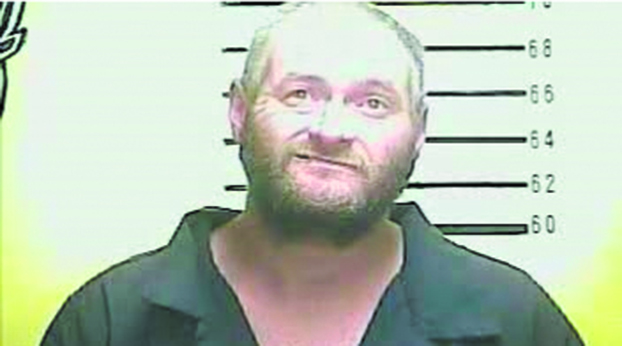 A Tennessee man is facing a burglary charge after allegedly entering a furnished trailer at a Kentucky mobile home dealer and walked away with two pictures, a wall clock and other furnishings.

According to a press release, officers responded to a burglary call at International Mobile Homes in Middlesboro on March 24, where they spoke with Scott Mills, the manager. Mills stated a person had entered one of the trailers on that lot, taking two pictures, a wall clock and four lamps. Mills advised the person who entered the trailer had left behind some personal property. Mills advised officers that on March 23, an individual had been at the business to speak with an employee. The employee gave the individual a stack of business cards. Mills stated the person who entered the trailer had left a stack of the same business cards. Mills told police the person who was given the business cards was Johnny Wolf.

The release also states police were dispatched to the State Farm Insurance office on US 25E because of an unwanted person on the premises on Thursday. When the officers arrived, they made contact with Wolf and took him to the Middlesboro City Police Department to be questioned about the International Mobile Home incident. Middlesboro City Police Sgt. Barry Cowen and Kinder conducted the interview. Wolf was read the Miranda warning, then confessed to the burglary. Wolf told police he entered the trailer through an open door and took two lamps, a towel and a box of items. Wolf said he was not sure what was in the box. Wolf also told police he took the items to Lincoln Park and could show police where he left the items. Officers escorted Wolf to the location to retrieve the items but could not locate them.