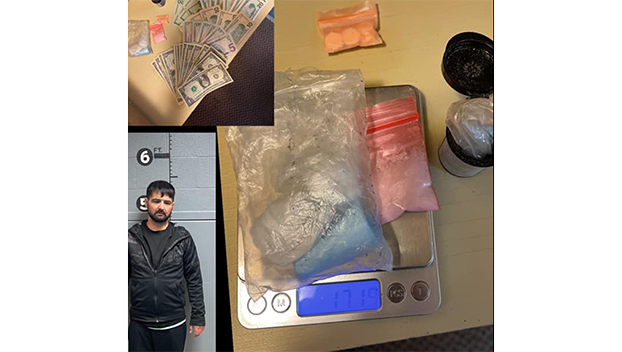 Santa came early this year for Kentucky officers who found a man wanted in connection with a hit and run hiding inside a Christmas tree box.

Officials from the Perry County Sheriff’s Office say a complaint at Coal Ridge Trailer Park led to the arrest of Thurman Sizemore, 35, who was wanted in connection to a hit and run on Lost Creek Road.

Police reportedly found Sizemore at a home hiding inside a Christmas tree box.

Deputies also methamphetamines and about $2,400 in cash.

Sizemore has been charged with trafficking meth, resisting arrest and numerous traffic violations in relation to the hit and run case.