Man charged with murder of Kentucky teen in Florida, had been convicted of assaulting mother in Louisville 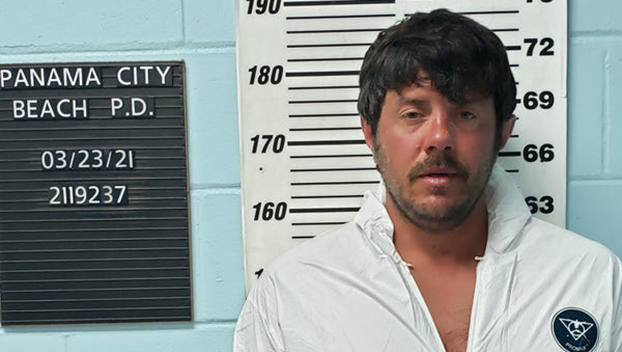 A Florida man charged with murder and attempted murder in connection with the shooting of two Kentucky teenage boys, had previously been convicted of assaulting his mother in 2017, according to Louisville news sources.

Christopher Lawrence Cox, 37, of Panama City Beach, Florida, was arrested after he reportedlly shot two teenage stepbrothers on the beach near a local resort. Responding officers found one teen dead at the scene and the second was shot in the extremities but was treated and released from a local hospital.

Cox has reportedly confessed to the shooting, reportedly telling officers that he thought the teenage boys were trying to steal his bag, from which he took out a gun and started shooting

Kentucky court documents show that Cox, who had previously lived in Louisville, had pleaded guilty to assaulting his mother in 2017.

According to court records, Cox’s mother left work to go home after a neighbor had reported that Cox was acting odd in the front yard. When she came home she discovered that Cox had painted their driveway, which they shared with a neighbor.

When she asked him to clean off the paint, Cox pushed his mother down and she suffered a deep cut over her eye when she hit her head on the corner of a table. According to court records, Cox then began to strike and kick his mother as she lay on the ground.

Records show police found empty liquor bottles and marijuana inside the home as well as guns and ammunition. The weapons were not removed from the house.

Cox was charged with assault in the second degree, intimidating a participant in the legal process, illegal use or possession of drug paraphernalia and illegal possession of a controlled substance.

After pleading guilty to domestic assault, Cox was ordered to serve 12 months in jail, and was conditionally discharged after two years. He was also ordered to receive mental health treatment