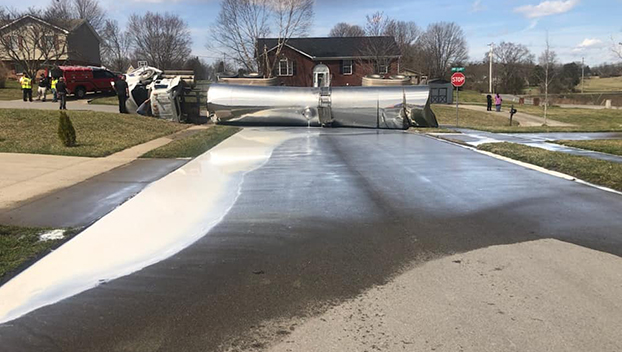 A Facebook post from the City of Lawrenceburg included pictures of a tanker truck filled with milk that overturned in Anderson County.

The truck overturned at Jenny Lillard Road and Nathan Way in Lawrenceburg.

The Anderson News reported that the truck carrying 6,000 gallons of milk tipped over when the driver said he was rounding a corner and the load shifted, tipping.

No injuries were reported from the accident.