Convicted stalker, felon arrested, charged with pretending to be cop during custody squabble 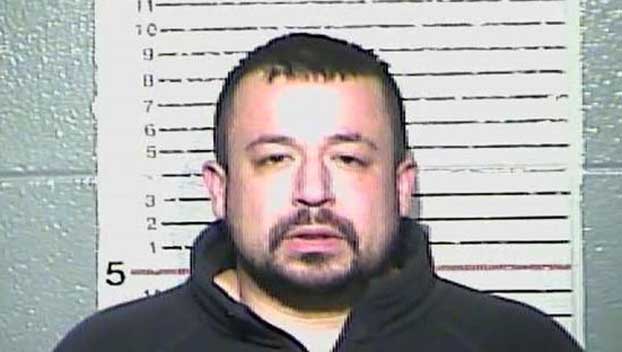 A Frankfort man with a lengthy history of domestic violence was arrested Saturday for allegedly impersonating a peace officer during repeated phone calls in late November.

According to the arrest report, 28-year-old Bailey A. Brewer claimed to be a Frankfort police officer and gave a badge number during multiple calls on Nov. 26 regarding a custody dispute between a man and his ex-wife.

The alleged victims told police that they recognized Brewer’s voice and began recording the conversation on video.

Brewer was charged with impersonating a peace officer, a Class D felony, and first-degree persistent felony offender. He is being held in the Franklin County Regional Jail on a $10,000 bond.

He was indicted by a Franklin Circuit Court grand jury in November and is scheduled to be arraigned on Friday.

He allegedly attacked a woman, who was not identified, during a meeting at the end of March 2019 and then called and sent numerous threatening text messages while a restraining order was in place.

Brewer was picked up on a warrant because he reportedly made several calls to the alleged victim’s place of employment and threatened one of her co-workers, saying he would “come up there and burn that place down and beat your ass and make your life hell.”

The woman was not at work. But when officers contacted her at home, she had numerous calls and texts from Brewer on her phone, officers reported.

“She showed me her phone and the multitude of calls and texts that she had received from Mr. Brewer,” one of the officers wrote. “The phone rang well over a dozen times while I was there … . Mr. Brewer made several threatening remarks placing blame for what he is going to do to her, back on her.”

Officers learned that the two had met at a bowling alley days earlier in an attempt to “work things out,” according to the woman’s statement. However, the discussions took a violent turn with Brewer attacking her before throwing her into his truck against her will, driving for a few minutes and kicking her out of the vehicle, officers reported.