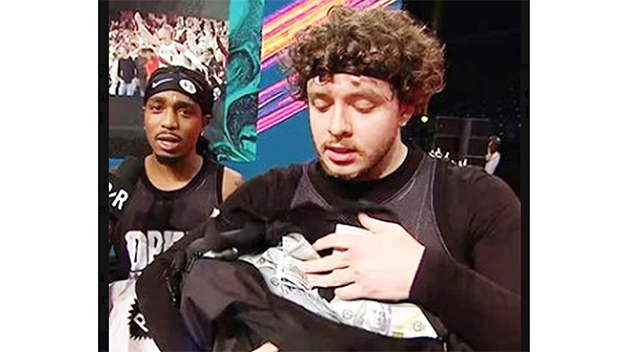 “I was watching the game and it ended,” Brown said Tuesday. “I was about to go on to the next thing and I heard him (Harlow) say Kentucky State. I spun around. I was aghast. It was very exciting.”

What Brown heard was that Harlow plans to donate $500,000 to KSU and Simmons College of Kentucky, the two historically black colleges in the state.

The money is part of Harlow’s winnings from the tournament, which was presented by Bleacher Report.

Harlow’s teammate in the two-on-two game was rapper Quavo of the trio Migos, and their opponents were rappers 2 Chainz and Lil Baby.

“I’m a listener of his music because I find his music positive and filled with interesting themes,” Brown said about Harlow. “His music includes lyrics about healthy diets and the respect of women. There’s no negativity in any way.

“There’s a celebratory song about one of his favorite basketball players. He’s just very positive overall in his tone and approach.”

“Campus staff is reaching out and making the proper connections,” he said.

How Kentucky State will use the donation hasn’t been determined.

“The No. 1 priority at K-State is always student support, including scholarships and professional development,” Brown said, “and we try to direct as much money as we can to what we do for student support.”

He added that donors may specify how or where they want their money to be used.