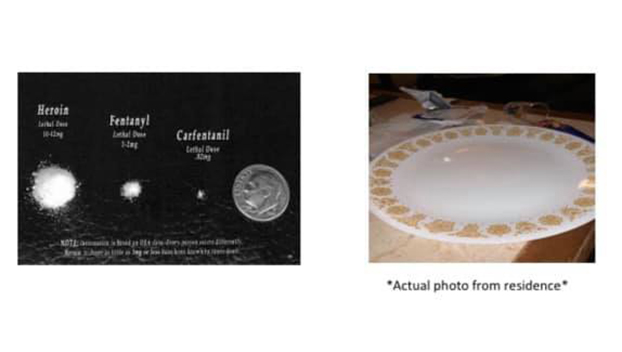 Kentucky officials are warning the public about a ‘dangerous’ substance that they believe may be responsible for three local deaths and for sending two of its officers to the hospital.

The Hazard Police Department went on Facebook Saturday to issue the warning during a large-scale drug investigation.

“Please use caution if you see any substance that is not easily recognizable because whatever this is, it is deadly,” the police department said on Facebook.

Police said they “have obtained the substance that is suspected in the deaths and overdoses and should know by Monday evening what it is.” They said they suspect it contains fentanyl or carfentanil.

Hazard Police found three people dead and transported another person to the hospital when they responded to a call in German Hollow. The people are believed to have died from overdoses. Following the initial response, eight other incidents have been identified as “overdoses that have not resulted in death.”

During the investigation, two Hazard police officers also became ill and were sent to the hospital for treatment.

“We made contact with the DEA and have been working with them since Thursday and are only able to release limited information regarding this wide-scale investigation.” the post said.