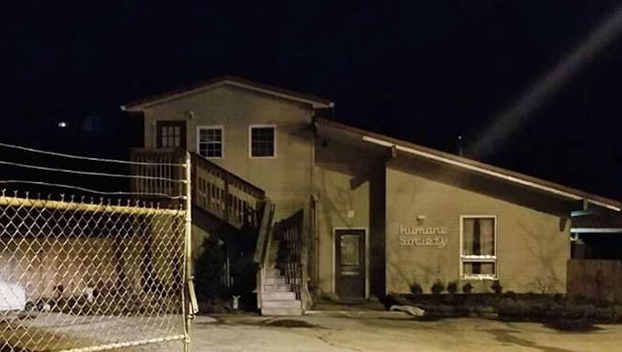 With the Kentucky River spilling over its banks, the Franklin County Humane Society decided to evacuate the animal shelter on Monday.

“I think it was probably around 2 p.m. when (shelter manager Kerry Lowary) knew the evacuation would be necessary and that it would need to be immediate,” FCHS President Sam Marcus told The State Journal. “Since the water level was projected to rise above Kentucky Avenue by Tuesday morning, evacuation had to be completed before the end of the day.”

By 9 p.m. Monday, all the animals had been moved to the Woodford, Lexington and Anderson humane societies, so no foster homes were necessary. Marcus said Tin Woof Inn also took in eight dogs.

With the Kentucky River expected to crest at 39.9 feet — 40 feet is major flood stage — at 1 a.m. Thursday, Marcus said it will be close as to whether the animal shelter building will flood.

As of 10:30 a.m. Tuesday, the latest observed value, the river was at 37.66 feet. Kentucky Avenue, along with basements in homes, floods at 38 feet.
Marcus credited Lowary’s leadership for making the evacuation run as smooth as possible.

“She had a plan. She thought of everything and she executed that plan perfectly in a calm, capable manner,” he said. “There was no chaos, no frustration, no anger or confusion, all of which I would have demonstrated under the circumstances.”

Marcus said that all the animals are fine and that operationally the humane society is doing well.

“The only thing the community can do to help is get us over the finish line fundraising for the new shelter,” he added.
“If this doesn’t demonstrate the need, nothing will.”