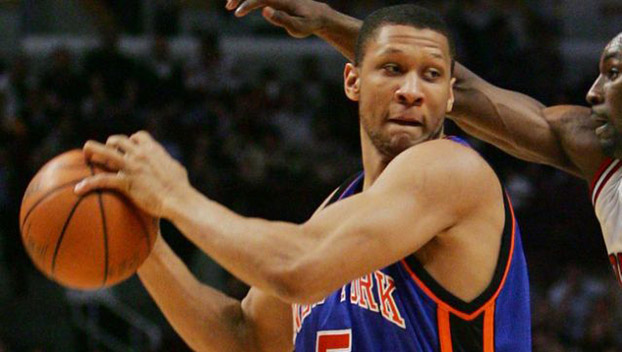 Former University of Kentucky basketball star Randolph Morris has been indicted on federal charges for failing to declare the millions he made while playing in China to US authorities.

The 35-year-old faces 11 charges of wire fraud and making false statements on his federal tax returns related to his time playing in the Chinese Basketball Association.

“As alleged in the indictment, from 2010 to 2017, Morris failed to report more than $13 million dollars he earned while working as a professional basketball player in the Chinese Basketball Association (CBA),” the US Attorney’s Office Eastern District of Kentucky said in a press release.

The wire fraud counts allege that Morris submitted false income information to the Kentucky Department of Revenue, for the 2015, 2016 and 2017 tax years, when he played for the Beijing Ducks.

“The alleged failure to report any of his earnings from his Chinese team during those years deprived the state of Kentucky of more than $400,000 in tax revenue.”

Morris faces up to 20 years in prison and a fine of US$250,000 for each of the three wire fraud charges.

No date has been set for him to appear in court.