Where’s the beach? Flock of gulls spotted in parts of eastern Kentucky 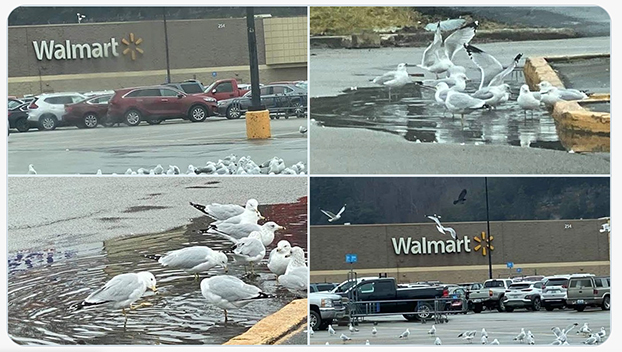 After 2020, few things are surprising any more — like seagulls in an eastern Kentucky parking lot.

A flock of Pikeville visitors must have taken a wrong turn on the highway while trying to make their way to the beach.

WKYT news reports that several viewers had reported seeing the birds in Pikeville, Booneville, and Jackson.

According to the news station, the National Audubon Society’s Field Guide, and based on what we see, we think these are Ring-billed Gulls.

Images of the birds were recently posted on Twitter.

Evidently, the birds are common in Kentucky. The guide says the Ring-billed Gulls migrate to the state during the winter and like fresh water as much as they like saltwater.

Officials from the Kentucky Ornithological Society say ring-billed gulls are one of six species that can and do live in Kentucky.