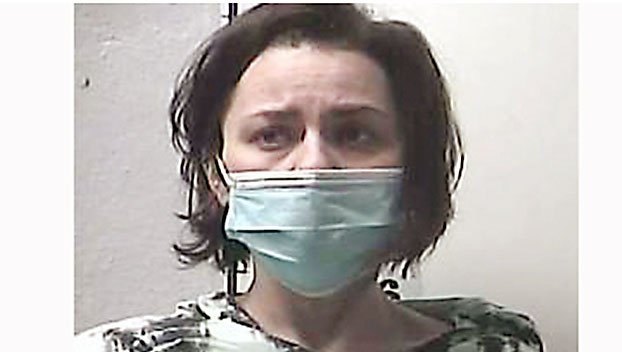 A Lincoln County woman is accused of shooting a man and lighting the bedroom on fire to destroy evidence of the crime.

Tiffiney M. Griffin, 35, was arrested by Kentucky State Police on Jan. 30 at the University of Louisville Hospital after being treated for injuries to her leg from a fire.

The fire, which occurred on Jan. 27, involved a residence on Maywood Road in Lincoln County.

According to Griffin’s warrant of arrest, Kentucky State Police responded to the fire at the residence where a man was believed to still be inside.

“The fire was concentrated in the master bedroom portion of the home,” the arrest citation states.

Once the fire was extinguished, the body of 39-year-old Jason Netherton was discovered on the floor of the bedroom.

Arson investigators were called to the scene and determined a possible accelerant was detected by smell and several items were collected for examination by the KSP Forensic Lab.

“Several spent shell casing and projectiles were recovered in the master bedroom,” the complaint warrant states.

Griffin is the person who allegedly discovered the fire and body but later, during an interview with police, she confessed to shooting Netherton several times with a handgun, which police say is believed to have caused his death.

Netherton’s body was transported to Louisville for an official autopsy.

According to police, a juvenile was on scene during the incident and witnessed the events.

“A juvenile witness in the investigation who was on scene during the incident, claims Griffin is the person who started the fire in the bedroom where the body of Jason Netherton lay, in order to destroy evidence of the crime,” the arrest citation states.

Both Griffin and the juvenile witness allegedly admitted that Griffin disposed of the firearm by throwing it out of a vehicle on a nearby roadway.

Marcum said Netherton lived at the residence on Maywood Road with Griffin, who was his girlfriend.

“Upon further observation, it was determined that he had burns plus he had gunshot wounds,” Marcum said.

Griffin was arrested on Jan. 30 and booked into the Lincoln County Regional Jail on Jan. 31.

She is charged with murder; first-degree arson; tampering with physical evidence and abuse of a corpse.

Griffin’s bond was set at $100,000. She has since been released from custody.

Former teacher of year headed to prison after admitting…