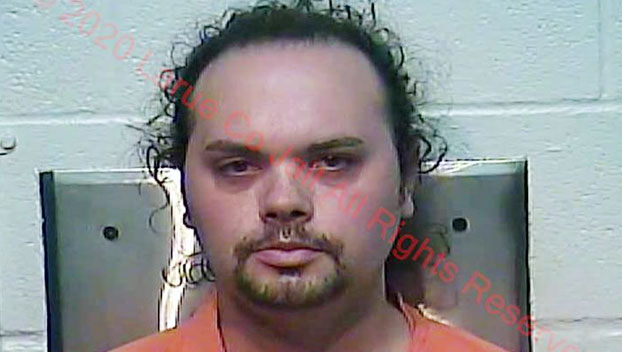 A former Bondurant Middle School teacher and past recipient of the Franklin County Schools Middle School Teacher of the Year award was sentenced to 15 years in prison on Friday for online enticement of a minor and production of child pornography charges.

Robert “Robbie” Alan Thompson Jr., 34, will also be under supervised release for 15 years following completion of his prison term, according to the sentence by U.S. District Judge David J. Hale.

Thompson, a former eighth-grade math teacher at BMS, was employed at West Hardin Middle School near Elizabethtown until Hardin County Schools announced his termination in April following his arrest.

He was employed by FCS from 2011 to 2018, when he left for Hardin County. He was awarded the FCS Middle School Teacher of the Year — an honor presented to teachers in each grade level for being exemplary educators — for the 2017-18 school year.

According to the plea agreement, law enforcement officials executed a state search warrant at Thompson’s residence in LaRue County on April 21 and seized his iPhone. He allegedly told authorities that he would receive images and videos of child pornography via online links and visit teen chat rooms pretending to be a teenage boy. He also said that a month before the search warrant was executed he received from a friend two pictures of underage boys engaging in sexually explicit conduct.

A Kentucky Office of Attorney General’s Department of Criminal Investigations detective conducted a full file system extraction of the iPhone and found evidence of child pornography and evidence that Thompson initiated a conversation with a former eighth-grade student of his – who was then 17 — earlier in April, according to court documents. Thompson directed the conversation to sexual topics and subsequently asked for, and received, sexually explicit images of the former student.

“I commend the outstanding work of the Kentucky Attorney General’s Department of Criminal Investigations in thoroughly pursuing all aspects of this case and the valuable assistance provided by the United States Secret Service, Kentucky State Police and the Radcliff Police Department,” said Acting U.S. Attorney Michael A. Bennett. “The teamwork of our law enforcement partners and prosecutors sends a clear message to those who sexually exploit children in the commonwealth — you will be identified, apprehended and prosecuted to the fullest extent of the law.”