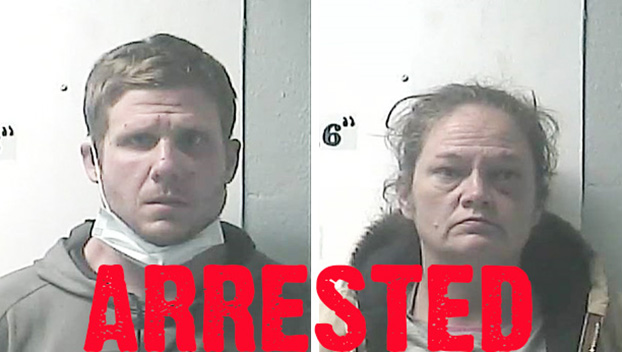 Two people have been arrested and charged with murder in the killing of a 38-year-old Kentucky man.

An attempted robbery led to the arrest of Matthew Brinkley Wilson, 33, and Una Mae Singleton, 43, who were wanted for questioning in the beating death of Daniel Adams on Nov. 20.

The attempted robbery in Rockcastle County led law enforcement to the truck that was stolen from the Lincoln County homicide scene.

“They were, I think, staying at a hotel and had the truck hidden,” Oney said. “Rockcastle County Sheriff’s Department went out there on a call involving these two. I don’t know whether it was the male or female, but they tried to steal possibly a purse from somebody. Then Rockcastle authorities noticed the truck.”

Singleton and Wilson were detained for questioning.

“Upon being interviewed, both subjects were arrested,” Oney said Friday morning.

Adams was beaten to death in his home on Clear Fork Road, according to the Lincoln County Coroner, who pronounced him dead at 8:20 a.m. on Nov. 30.

A pickup truck, as well as money and a cell phone, were stolen from the scene.

“The truck was found and taken to KSP (Kentucky State Police) Post 11 and it will then be transported to the crime lab for further processing,” Oney said.

Wilson and Singleton are both in the Lincoln County Regional Jail and charged with murder, first-degree robbery, and theft by unlawful taking (auto).

No bond had been set as of Friday morning, according to the jail website.