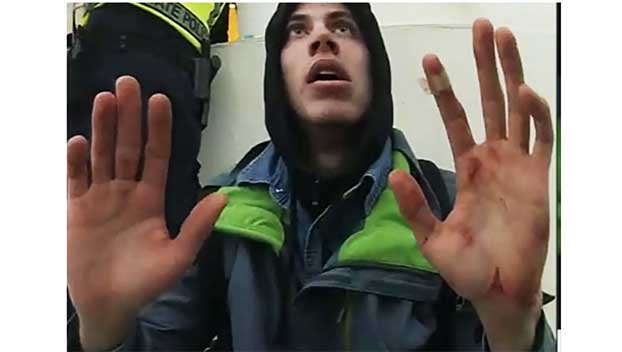 A Kentucky man pleaded guilty to assaulting, resisting or impeding officers with a dangerous weapon for entering the Capitol on Jan. 6 and discharging fire extinguishers on police, the Justice Department said Thursday.

Nicholas James Brockhoff, 21, of Covington, Kentucky, also obtained a helmet belonging to an officer and wore it when he entered a Senate conference room from a broken window, prosecutors said. Brockhoff helped kick a door leading to another conference room, tore open a box and went through papers.

Brockhoff was arrested in May 2021 in Counce, Tennessee. He faces up to 20 years in prison at sentencing scheduled for March 24.

Approximately 900 people have been charged with federal crimes for their conduct on Jan. 6. More than 430 of them have pleaded guilty, mostly to misdemeanor offenses. Over 300 have been sentenced, with roughly half getting terms of imprisonment ranging from seven days to 10 years, according to an AP review of court records.

More than 100 police officers were injured at the Capitol. Around 20 defendants have been sentenced for assaulting police on Jan. 6, the Justice Department says.