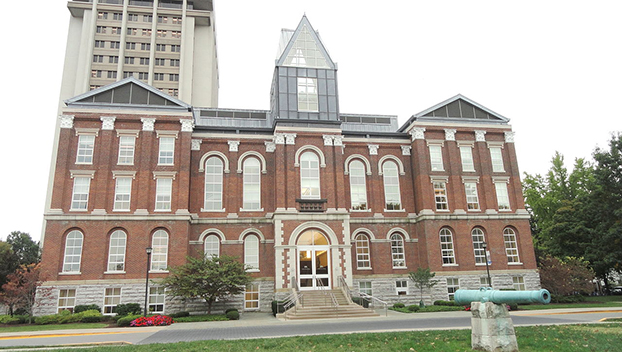 Kentucky has self-reported violations to the NCAA following an investigation into athletes being compensated for part-time work that was not performed at the university hospital.

The school asked that the violations be processed as Level III in the report, which was released Saturday but submitted Sept. 3 to NCAA reinstatement director Jerry Vaughn.

The school began an investigation after learning in February of possible violations, which were found to have occurred between spring 2021 and March. It was limited to a “small number” of athletes who concealed their use of a clock-in/clock-out system while working in the hospital’s patient transport department.

The report does not specify which teams the athletes were from, but said the part-time jobs “could require physical strength and might be suitable for athletes.” Players’ names and how many were involved are redacted from the six-page document, which says a hospital supervisor denied knowing of athletes recording hours not worked.

The hospital’s human resources department became involved and worked with its chief nursing officer to suspend players from the hospital, along with the supervisor. Some but not all hours were recorded but not worked, the document noted.

Kentucky’s athletics compliance determined that violations had occurred and declared the athletes ineligible as corrective actions, the document stated. Athletes also will not be able to work with UK Healthcare without a specific academic reason. The report added that no athletic coaching staff member or department official knew of or should have known of the violation.

Kentucky’s release of the report comes days after football coach Mark Stoops announced that leading rusher Chris Rodriguez Jr. will return on Oct. 1 at Mississippi. Rodriguez, who rushed for 1,379 yards last fall, has missed three games, including Saturday’s contest against Youngstown State and is out next week against Northern Illinois.

Stoops has repeatedly declined to give specifics on Rodriguez’s status and has not described his absence as a suspension. Linebacker Jordan Wright sat out the opener but returned for last week’s victory at Florida.