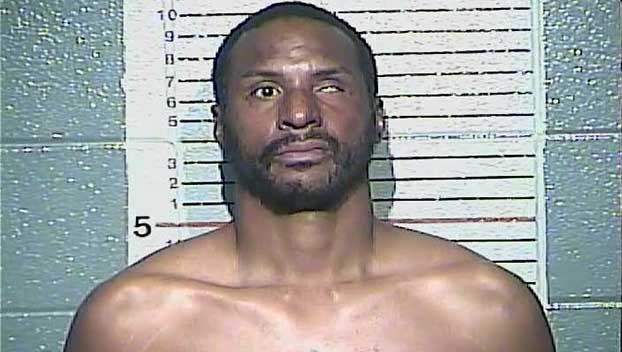 “I’m very frustrated because there is no justice in this case for my sister.”

Those were the words that Lisa Green, sister of Robin Jones, told the Franklin Circuit Court on June 22 after a psychiatrist at the Kentucky Correctional Psychiatric Center (KCPC) in LaGrange who evaluated Clifton Sapp, the man charged with the murder of Jones, the ACCESS Soup Kitchen & Men’s Shelter kitchen manager, in November 2020, testified that he does not deem Sapp mentally competent to stand trial.

Dr. Timothy Allen, who assessed Sapp’s behavior over a nearly two-month period earlier this year, noted that he and his staff tried two different anti-psychotic medications — Zyprexa and Risperdal — to treat Sapp’s mental illness and neither was very effective.

According to the psychiatrist, Sapp is diagnosed with schizophrenia, which results in a combination of hallucinations, delusions and disordered thinking and impairs his daily functioning. Those with mental illness require lifelong treatment.

“We were lucky to get a five-minute conversation of any real coherent responses with him and [he] will not enter into rational conversation about this case. He believes that he’s being held unfairly, that he has no criminal charges. He thinks the charges have been resolved and he should have been released from jail already,” Allen explained.

The doctor said Sapp is unable to coherently maintain a line of thinking or a prolonged discussion of any sort. He noted that Sapp was unresponsive to the questions that they asked.

“The lack of response he had over those two months was indicative that he is unlikely to have a remission or even improve to the point where he would be found competent,” Allen added.

Franklin County Commonwealth’s Attorney Larry Cleveland questioned whether Sapp could be “faking” the symptoms and Allen replied that the inmate did not display any telltale signs that he was “faking” his behavior and it was not a concern in his case.

The doctor also concluded that is was unlikely that Sapp would attain competency in the future.

“Even after several weeks of medication of high doses and trying different medications, he had a very minimal response that is a predictor or a response to future medication. If you had no improvement over two months the likelihood of a miraculous recovery is low,” Allen stated.

The doctor pointed out that even though Sapp’s anger and irritability somewhat improved while he was medicated, prior to treatment he was one of the most irritable patients he has evaluated in years and said he has concerns about his safety and the safety of others.

“Outside of a structured environment such as jail or a mental health facility he would be quite dangerous and a danger to others,” Allen remarked.

“So, to summarize your testimony, beyond a reasonable medical or psychiatric certainty the defendant does not have the capacity or ability to appreciate the nature of the consequences of these criminal proceedings and also does not have the capacity to participate rationally in his self-defense and this is not expected to change in the foreseeable future regardless of any forced medication,” Cleveland questioned to which Allen affirmed.

The crime
Shortly before 9:30 a.m. on Nov. 10, 2020, Jones was returning from a smoke break with friends and going back inside ACCESS Soup Kitchen & Men’s Shelter when she encountered Sapp, who had been a resident at the shelter for several months.

Adam McKane, who was inside near the kitchen opening bags of chips and getting dessert trays ready, told police he saw Sapp stab Jones two or three times and started screaming “he’s killing her” before kicking open the back door to alert officers across West Second Street at the police station.

Another witness, who was wrapping silverware in the dayroom at the time of the incident, said Sapp and Jones were in between the two entry doors to the shelter and Jones’ feet were up against the dayroom door preventing him from getting to her to help.

“Clifton kept on stabbing Robin,” the witness explained, adding she never made it through the second door into the dayroom.

Second Street stabbing
A Frankfort Police officer stands near the crime tape spread across West Second Street on Nov. 10 as first responders work the scene of a fatal stabbing outside ACCESS Soup Kitchen and Men’s Shelter across from the police station. (State Journal file photo)

One of the men who moments earlier had been smoking a cigarette with Jones outside, said he saw McKane running out from behind the building shouting “he’s stabbing Miss Robin.”

The witness told authorities he opened the front door to the shelter and Sapp had Jones by the pants and “was pulling her out the door by her belt loops.” He said he attempted to get Sapp off Jones, but Sapp gave him an elbow, pushed him into the street and just kept dragging her to the sidewalk.

A second man who had also been conversing with Jones during her smoke break and was outside the shelter at the time of the stabbing, witnessed Sapp drag Jones out the front door with one hand and had a butcher knife covered in blood.

“Clifton was standing over top of Robin with the butcher knife,” he stated.

By this time, McKane had run into the police station lobby to alert first responders and Sapp was walking across Second Street as well. Frankfort Police Sgt. Shane Music was the first officer to arrive on the scene.

In his report, Music said he could see blood on Sapp’s clothes and told him to put his hands in the air. Sapp failed to follow his instructions and kept walking toward him. Music asked where the knife was and reported that Sapp was yelling incoherently.

“I could see the subject did not have a knife in his hands. I pulled my Taser and deployed my first cartridge,” Music explained. “I could instantly see the first deployment was not effective and deployed a second.

“…when the subject hit the ground a large butcher knife fell out of his back pocket.”

Music and two other officers eventually restrained Sapp, who actively resisted being handcuffed, and then Music went to help Jones, who was having CPR performed on her by Frankfort Fire EMTs.

Officer Jeff Roberts, who was just leaving the police station when the call for assistance was put out, said when he got to Jones she was laying motionless in front of the soup kitchen’s main door.

“She was covered in blood from head to toe with her face facing the main door of the building,” he told investigators.

Roberts noted that when he and Music opened the front door he noticed “a large amount of blood puddles and smears between the outer door and secondary door.”

Franklin County Coroner Will Harrod pronounced Jones, who coordinated the shelter’s mission program and organizing daily meal prep for 60-110 people for five years, dead at the scene at 10:09 a.m.

James Barnett, former ACCESS executive director, told The State Journal that Jones, who had worked and volunteered at the facility for more than 10 years, was more than an employee or someone who served a meal.

“She was family to hundreds of people that came in to eat and men who stayed in the shelter,” Barnett wrote on the shelter’s Facebook page soon after her death.

“She gave freely of herself to everyone no matter their background, only caring about how she could help them and improve their lives. I watched her take shoes off her feet and winter coats off her back and give them to people she had just met because they were in need. She showed God’s love to everyone, through deeds and not words.”

Jones, a Frankfort native, graduated from Franklin County High School and attended Kentucky State University. She previously worked for the Kentucky Transportation Cabinet and is survived by a son, Zachary White, in addition to Green, her sister.

Sapp, 40, was arrested and charged with murder, a capital offense; resisting arrest, a Class A misdemeanor; and disorderly conduct, a Class B misdemeanor. He has pleaded not guilty to all charges and is currently being held in the Franklin County Regional Jail on a $1 million full-cash bond.

Competency hearing
Rodney Barnes, Sapp’s court-appointed attorney, asked which of the two medications were more effective and the doctor noted they both seemed to be relatively the same. Allen stated that the reason they switched to Risperdal was because Sapp’s white blood cell count dropped while on Zyprexa.

Barnes inquired whether there were any medications other than the two that were tried that could be effective.

“There are a few medications we could switch to but the likelihood of a response on the third or fourth medication is not great,” Allen added. “We have a couple more options to try to treat his symptoms, I didn’t think that regarding his competency they would necessarily be helpful.”

The case had been stalled in Franklin County Circuit Court while attorneys attempted to locate Sapp’s out-of-state medical records.

According to court documents, Sapp, who has a history of mental health issues, was treated in both Kentucky and New York. The court order states that he has medical records from Rockland Psychiatric Center in Orangeburg, N.Y.; New York Department of Corrections and Community Control; the New York Office of Mental Health; and local providers in Mt. Vernon and Bronx, N.Y.

Franklin Circuit Court Judge Phillip Shepherd pointed out that KCPC was unable to locate any medical records from New York, where Sapp was previously hospitalized, but Allen did have access to his criminal records from 1995-99 and a 2008 New York conviction as well as reports of his behavior while in jail.

However, at the conclusion of the competency hearing, Barnes noted that he will continue to try to get the records.

Shepherd then questioned whether there was a nationwide registry for mental health adjudication to which Allen replied there is not.

The judge asked Cleveland to file an order as to Sapp’s incompetency to stand trial and for Barnes’ and the court’s review. Shepherd also gave Jones’ family an opportunity to comment.

“I can’t believe we don’t have any prior records of his other life in New York,” Green, Jones’ sister, told the court.

The judge replied that the court shares her frustration on the lack of records and questions about how the situation developed and how Sapp ended up in Frankfort.

“This city, I will say, has become a haven for the homeless. I myself and my daughter both have incidences where we’ve been approached on the west end of Frankfort and there seems to be a big camp from about the old Home Depot all the way to Community Trust Bank that is a big problem,” she said.

“I look for more things like this to happen unless something is done. I don’t know what can be done,” Green stated.

She stressed that she would be willing to be an advocate for getting something done, but she doesn’t even know where to begin.

“However this case gets resolved, I hope that the judicial system and the community and our local government will take the opportunity to study this situation, figure out what went wrong and how to address it as a community,” Shepherd replied.

This article was originally published by The State-Journal newspaper. It is republished here with permission.