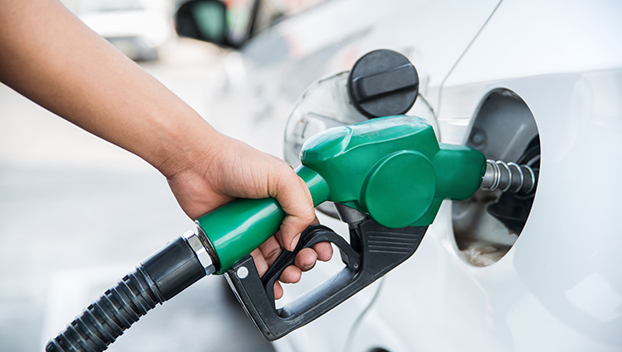 The Democratic governor said his administration’s action prevents an increase of 2 cents per gallon in the gas tax that would have taken effect July 1. Freezing the gas tax collectively will save Kentuckians an estimated $35.4 million by early next year, Beshear said.

“I know that one of the biggest challenges of the present is gas prices,” the governor said in making the announcement at his weekly news conference.

“It’s harder for families to get to work,” he added. “It costs them more to get their kids to school, to take their families to church or to go on a hard-earned vacation.”

Kentucky’s gas tax is set by state law, both in its rate and how it’s calculated. The current rate of 26 cents per gallon was set to increase by 2 cents per gallon under a trigger, which would have resulted in a price increase on both regular and diesel fuel, the governor’s office said.

The average gas price across Kentucky was $4.31 per gallon at the end of May, up from about $2.85 a gallon a year ago, Beshear said.

The governor said he was freezing the gas tax rate through an emergency regulation. The action drew pushback later in the day from Republican state Senate President Robert Stivers, who questioned the legality of the process used by Beshear. Stivers said the governor “cannot deviate from the tax amount determined by statute.”

“Not only is this action illegal, but it will only save residents 2 cents per gallon and with current prices in Kentucky reaching $5 per gallon, it will have little to no effect on what Kentuckians should expect to pay at the pump,” Stivers said in a statement.

Stivers said lawmakers look forward to working with the governor to accomplish the goal of suspending any additional increase to the gas tax but doing so in a “legal and proper fashion.”

Republican House Speaker David Osborne, meanwhile, pointed to relief coming from a measure passed by the GOP-led legislature that’s aimed at gradually phasing out Kentucky’s individual income taxes. The first rate cut is expected to “leave an estimated $500 million in the pockets of working Kentuckians next year,” Osborne said.

Funds collected through the state gas tax contribute to the state’s Road Fund.

Beshear said the gas tax rate freeze would have “no material impact” on the state’s transportation budget and won’t affect any ongoing or planned projects.

The freeze is projected to reduce budgeted Road Fund revenues by 1.6% over the first seven months of the next fiscal year, the governor said. Beshear said he will propose that lawmakers dip into the state’s massive General Fund budget surplus next year to make up for lost road fund revenues. The General Fund pays for most state services, including education and public safety.

The governor also said he was asking for advice from Attorney General Daniel Cameron’s office on whether he should declare a state of emergency to activate the state’s price gouging statute. The AG’s office said later it had received the governor’s letter and was reviewing it. Cameron is among the Republicans running for governor in 2023, when Beshear will seek a second term.

While acknowledging the impact caused by inflation, the governor has touted his handling of the state’s economy. He points to record-setting job creation and business investments along with the lowest-ever unemployment rate in Kentucky, posted in April. The state landed its two largest economic development projects ever — both battery plants — during Beshear’s tenure as governor.

In an interview with The Associated Press on Thursday, the governor commented on the criticism from his potential GOP rivals in next year’s gubernatorial race.

“Sadly some — instead of lifting us up, talking about where we’re going — are willing to run … our economy down for their own political purposes,” he said.

During his news conference, Beshear highlighted several programs that can help inflation-battered families pay their rent, mortgage or utilities or help them with childcare expenses.

“Don’t be afraid to ask for help,” the governor said.