Police: Kentucky man nabbed for attempting to break into mailboxes 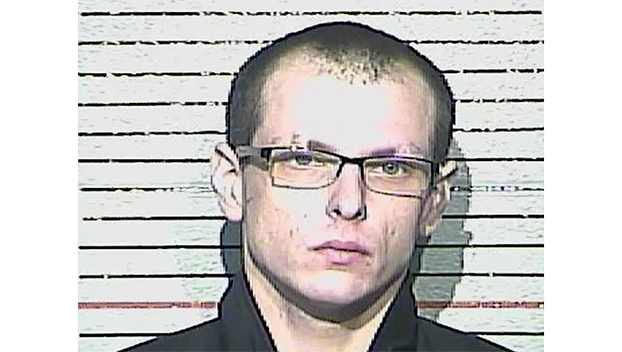 Responding to a call of a suspicious person in the area, officers found a male wearing a mask, gray pants and a black jacket near the mailboxes. When an officer asked where he was coming from, the man opened the apartment building door and fled on foot.

The male allegedly left behind a black bag containing needles, a spoon with suspected methamphetamine and burn marks on it and a variety of tools including allen keys, pliers and a screwdriver with bits.

An officer also noticed fresh pry marks on the mailboxes near where the suspect, John Lester Lewis III, was standing when officers arrived.

According to arrest report, Lewis, 25, “ran around all of the Hanly Lane apartment buildings, between Kentucky State Police headquarters and Bob Allen Dodge and across Versailles Road to Caliber Collision.”
He was located hiding behind bushes at a dead end near the auto repair store.

Lewis reportedly told police he ran because he believed he had outstanding warrants.

He is charged with first-degree possession of a controlled substance (methamphetamine), third or greater offense, and first-degree fleeing or evading police (on foot), both Class D felonies, and possession of drug paraphernalia, possession of burglary tools and criminal attempt theft of mail matter, all Class A misdemeanors.

Lewis is being held in the Franklin County Regional Jail on a $10,000 full-cash bond.