Kentucky man thought he could make run it, but left behind ID and drugs which led to his arrest 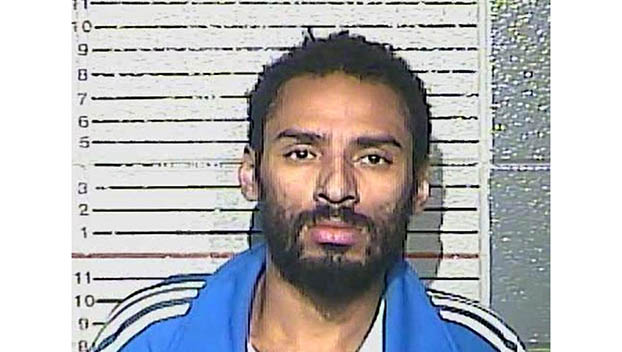 An FCSO deputy attempted to make a traffic stop on Holmes Street at 10:48 p.m. after noticing that the vehicle’s license plate was not illuminated.

“Before I could activate my lights the vehicle took a sudden left hand turn on Phillips Street and appeared to be picking up speed,” Deputy Daniel Wills wrote in an arrest citation.

He added that the vehicle took another left hand turn onto North Lime Street. When the deputy made the same turn, he noticed the driver of the 1999 Buick LeSabre exiting the vehicle.

A brief foot chase pursued before Wills lost sight of the suspect and returned to run the license plate on the vehicle to find its registered owner.

“During a search of the vehicle, I located a Kentucky driver’s license in the center ashtray,” Wills wrote.

The license belonged to 35-year-old Michael Giles, who was not the registered owner of the vehicle.

“Also during the search of the vehicle, I located a white hooded sweatshirt in the backseat and inside the pocket of the sweatshirt was a small clear bag filled with a white, powdery substance. Also, in the center console was a clear (bag) filled with marijuana,” the arrest report adds.

Giles is charged with first-degree possession of a controlled substance (cocaine), third or greater offense, first-degree fleeing or evading police (on foot) and trafficking in marijuana (less than 8 ounces), first offense, all Class D felonies; and operating a motor vehicle on suspended or revoked operators license and rear license not illuminated, both Class B misdemeanors.

He was transported to the Franklin County Regional Jail where he is being held on a $10,000 full-cash bond.