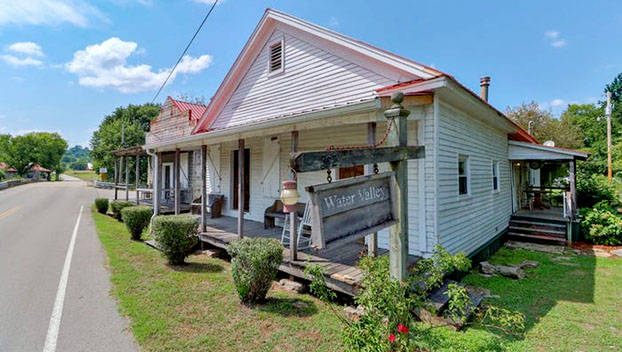 Tired of sharing your town with other people. Looking for a town to call your very own — and yours alone? Then a Tennesse real estate agent may have just what you are looking for, less than a two-hour drive from the Kentucky state line.

Agent Christa Swartz has listed the former town of Water Valley, Tenn., for $725,000.

The seven-acre town in Maury County, near the Natchez Trace Parkway, has four former stores built pre-1900, a barn, and plenty of Mulberry trees, according to Swartz.

Two of the buildings have updated wiring and plumbing and could be used for commercial services, housing, or a bed and breakfast, per the listing.

About an hour away from Nashville International Airport, Water Valley is no longer incorporated and is now considered part of Williamsport.

Swartz told Busines Insider that Water Valley was one of Maury County’s first settlements. The town changed its name from Spencer’s Mill in 1874 when a post office was established there. Water Valley was chosen as a name because it was regularly flooded by Leiper’s Creek, a creek that runs through the property.

Swartz says she has received multiple offers from throughout the town with inquiries coming from across the U.S., according to Business Insider.

Betty Lynn — woman who played Thelma Lou on ‘The…