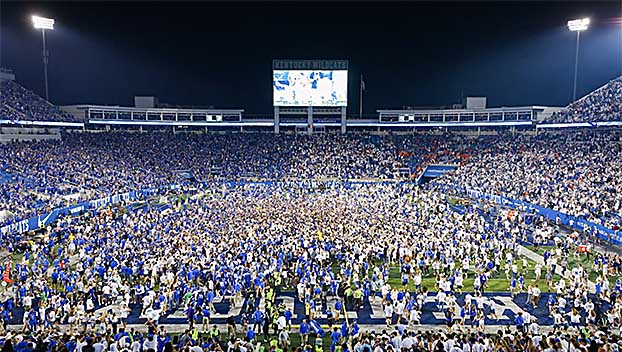 The Southeastern Conference has fined Kentucky $250,000 for violating its access to competition area policy after fans rushed the field at the end of the Wildcats’ 20-13 victory over then-No. 10 Florida last Saturday.

A conference release Monday said the school was fined for a third policy offense. Its previous violation and fine occurred following a game against Mississippi State in 2018.