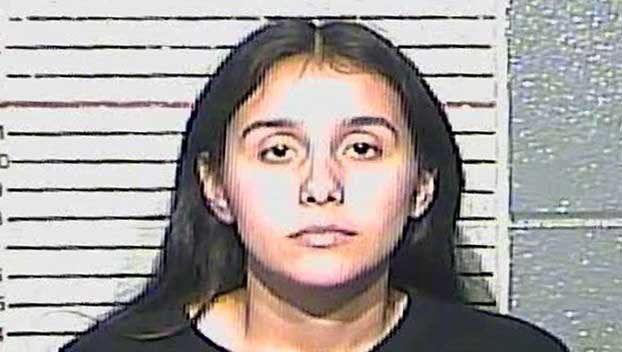 A Florida woman is behind bars after allegedly firing three rounds into the driver’s side of a truck while driving on Interstate 64 West near the Shelby County line Thursday morning.

Serena Jasso, 22, is charged with two counts of attempted murder, a Class B felony.

According to Franklin County Sheriff Chris Quire, Jasso was driving a blue Kia Rio east on Versailles Road near Cardinal Avenue when she and the driver of a early-2000s model Lincoln Town Car began driving aggressively and, at one point, cut off another motorist in early morning traffic.

All three vehicles veered onto Interstate 64 West toward Louisville. Near the Shelby County line, Jasso reportedly rolled down the passenger side window and fired three shots into the driver’s side of a truck.

“The driver of the truck and his small child were not injured,” Quire stated.

Both the Kia and the Lincoln exited I-64 in Shelbyville and were last seen near B&N Market, the sheriff said on Thursday when he urged the public to help in identifying the shooter, who was described as a white female of medium build with dark hair and in her 20s.

“With tips and information gained from the public assistance our detectives were able to identify Jasso as a suspect and conduct a search warrant of her residence,” Quire added.

Evidence obtained through the search warrant resulted in Jasso’s arrest, said the sheriff, who also appreciated the assistance of the Shelby County Sheriff’s Office.

“We would like to first thank the citizens who called or texted with tips about this incident,” Quire remarked. “Without the help of our community, we may have never made an arrest in this case.”

Jasso is being held in the Franklin County Regional Jail on a $50,000 full-cash bond.