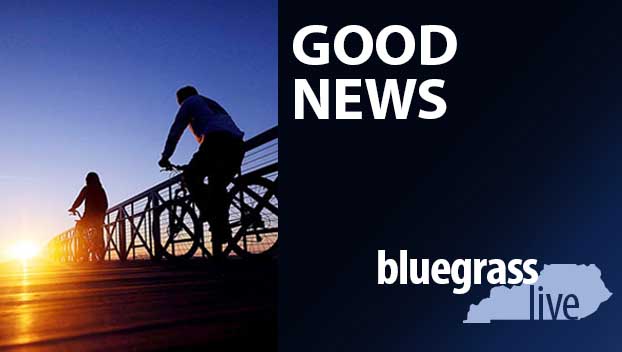 Rachel Blevins has just begun her sophomore year at Boyd County High School, but she has already had an experiment sent to the International Space Station.

Blevins’s mom found out about a space camp in Lexington that happened to be during fall break in 2019. She knew her daughter loved space and learning about the subject.

Blevins headed to Lexington for a couple days where she designed a project or experiment that could possibly be sent to space. She worked with two girls from Lexington and two boys from North Carolina to think out the idea that would be presented to Michelle Lucas.

Lucas has more than a decade of experience working with NASA. She is also the founder and president of Higher Orbits, which operated the Go For Launch! program in which Blevins took part.

After the two days in Lexington, Blevins and her group were chosen as the local level winners. In the end, the group would compete nationally against six groups and come out on top. Blevins recalled watching a Facebook Live video and finding out her project would be going to space.

Blevins and her group looked at termites and microgravity. Blevins confidently explained that termites are a significant producer of methane, a powerful greenhouse gas. The creature produce approximately 44 billion pounds of atmospheric methane annually, she shared, adding that is a reason for climate change.

“So we wanted to send termites up into space and see their methane levels and their behavior,” Blevins said.

The project was launched in October 2020, after being delayed from a spring launch due to COVID-19. In 2020, the experiment left earth’s orbit, but the payload card, or data card, broke and the astronauts were unable to complete the experiment as no data was available.

However, this technical difficulty led to Blevins being able to travel to the Kennedy Space Center for a relaunch.

Blevins has experienced the unforgettable.

“It was amazing,” she said. “Just to be there and to be of some importance. It was an amazing experience just to be able to see a rocket got up to space, that had my experiment on it. I was so proud of myself.”

Blevins’ mom, Kara, was also incredibly proud of her daughter.

“It costs about $55,000 to launch one of these experiments into space, so it was very exciting and quite an honor,” said Kara. “She gave presentations, spoke in front of lots of people and gave her presentation from one of the other girls from Lexington and answered questions about their project and more specific things. It’s kind of a cool opportunity that she had and was given, and an honor for Boyd County High School.”

The high schooler has received word on the results of the experiment, which made its way to the International Space Station this summer. After the 30 day experiment it was found that the termites behavior did change.

Whenever the termites died, “they would either crawl in a corner or the other termites would bring them to that corner because whenever they were deconstructing the box, they found a bunch of termite dust in that one corner,” Blevins explained.

The road toward space doesn’t stop with this experiment for Blevins. She hopes to pursue the subject more as she finished high school and looks for a career.

“I would love to pursue space, but I don’t necessarily know what I want to do yet, because space is such a broad spectrum,” said Blevins.

She could be a NASA trainer, and aeronautical engineer, she could work at NASA or Space X or Blue Origins, she listed.

She has just under three years left of high school before she officially starts to navigate choosing a college major and finding a specific career path. Her space studies aren’t waiting that long.

Blevins will head off to Huntsville, Alabama, where the Marshall Space Center is located, and will attend a week long space camp at the University of Alabama that is attended by students from around the world.

Her excitement is rooted in the discovery and unknown that space has and the expanse of it all.

“It’s mind-blowing how big everything is,” she passionately stated. “I can’t even wrap my head around how big the sun is and to think about how big the universe is, it’s mind-boggling. It blows my mind and it’s a mystery that I just want to pursue.”

The mystery and the unknown keeps Blevins coming back for more.

No prison time for Kentucky man who illegally shipped…