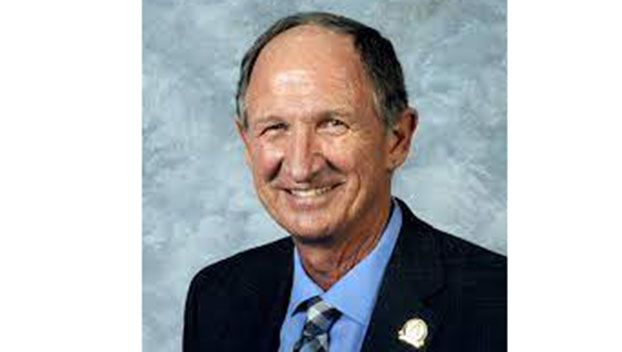 Kentucky state Rep. Richard Heath kicked off his 2023 campaign for agriculture commissioner on Saturday, pointing to his farming background and role as House Agriculture Committee chairman in making another bid for the statewide office.

“I know what farming looks like from the seat of a tractor, the back of a tobacco setter and the inside of a hog barn,” the Republican lawmaker said. “These life experiences have prepared me to serve the people of Kentucky as commissioner of agriculture.”

Heath got an early start on what’s expected to be considerable jockeying ahead of the 2023 elections for statewide constitutional offices in Kentucky.

Current Agriculture Commissioner Ryan Quarles, a Republican in his second term, is seriously considering a run for governor in 2023. Democratic Gov. Andy Beshear intends to run for reelection.

Heath narrowly lost to Quarles in the 2015 GOP primary for agriculture commissioner. Heath said Saturday that he got a late start in that campaign, spurring him to get an early start this time.

Heath also said Saturday that he will run for reelection to the state House in 2022. His district covers Graves County and part of McCracken County in the western Kentucky grain belt.

Kentucky has a diversified farm economy led by poultry, corn, soybean, equine and cattle production. Heath said he’s pleased with the progress made in advancing Kentucky agriculture but added that “we have more to do.”

“We have to keep fighting to preserve our state’s incredible agricultural heritage while finding ways to help our farmers remain competitive,” he said.

Heath said he grew up on a small farm. After graduating from Murray State University, he continued farming for more than a decade, then managed the Graves County Coop Store from the mid-1980s to 2000. He then purchased his brother’s barn building business, which he still operates.