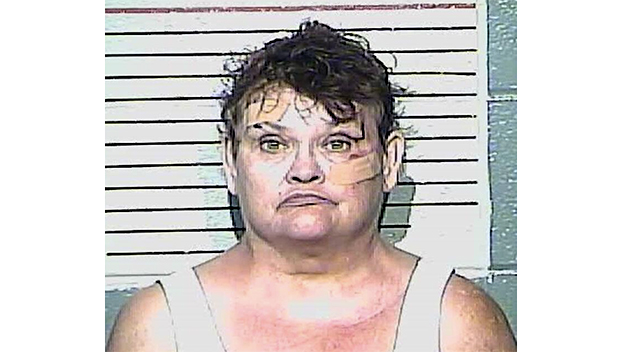 A 62-year-old Eminence woman is behind bars for leading police on a high-speed chase into Shelby County following an alleged altercation with her husband early Wednesday.

Officers were dispatched to at an apartment complex on Louisville Road shortly before midnight in reference to a domestic dispute between Helen Waits and her husband.

According to the arrest report, Waits was reportedly hitting her husband with a large glass bottle that resulted in a large knot on the back of his head. Her husband also accused her of punching him in the face and saying she was “going to run over him and kill him in her vehicle.”

When police arrived, Waits was leaving the apartment complex in a silver Ford Fusion and drove past an officer who was attempting to make her stop. The officer witnessed Waits travel at a high rate of speed and disregard a traffic light on Louisville Road.
The chase continued through Franklin into Shelby County and reached speeds as high as 115 mph. Waits turned down a dead end street in Shelbyville and struck a curb causing a tire on her vehicle to flatten, the police report states.

She was charged with second-degree assault (domestic violence), a Class C felony; first-degree fleeing or evading police (in a motor vehicle), a Class D felony; third-degree terroristic threatening and operating a motor vehicle under the influence of a controlled substance, first offense, both Class A misdemeanors; and speeding (25 mph or less over the speed limit), reckless driving and disregarding a traffic control device, all violations.

After being taken to Frankfort Regional Medical Center, Waits was transported to the Franklin County Regional Jail. A bond has not yet been set.