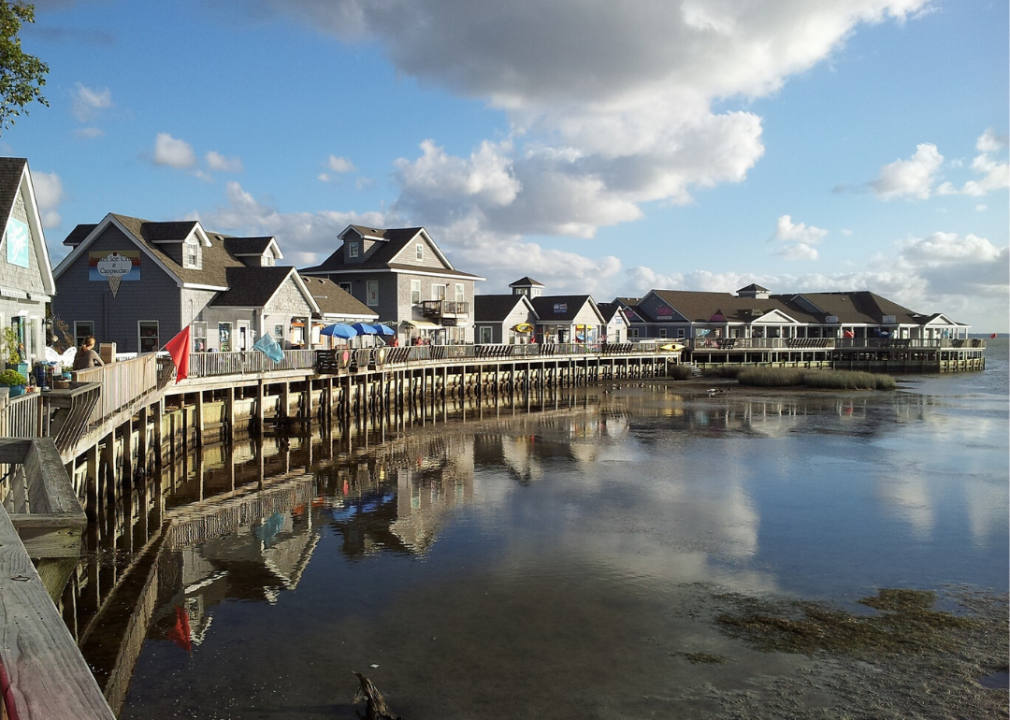 Just a degree or two degrees hotter doesn’t seem like a lot. You would barely notice the change on a sunny afternoon, or in the warmth of a cup of coffee. But over time, it’s enough to change our environment from top to bottom.

Every state is growing warmer, with higher temperatures fueled by everything from powerful ocean currents and giant coal-fired power plants to commuters, cows, and leaky old buildings.

To find out which states have warmed the fastest since 1970, Stacker consulted Climate Central’s 2020 Earth Day report. In this report, we looked at the Applied Climate Information System’s time-series data from major metropolitan areas in each state. Read that full story here.

A major source of greenhouse gas emissions in Kentucky is the high amount of coal the state uses to generate electricity. That has produced low electricity rates, which in turn have drawn industries with high energy usage to the state. Other gas-producing activities include coal mining; the manufacture of iron, steel, cement and lime; natural gas production; agricultural burning; and manure management. Over the last decades, Kentucky has seen higher average overnight low temperatures, extreme rains, and flooding.

The leading cause of temperature increases today is human-derived greenhouse gases, especially carbon dioxide and methane, which trap heat in our atmosphere. The more gases we emit by burning fossil fuels like oil, gas, and coal, and in our farming practices, the more heat is trapped. Plants and trees mitigate the situation somewhat by absorbing carbon dioxide to produce oxygen. The ocean absorbs carbon dioxide, too, but that process makes it more acidic.

As temperatures rise, winters grow shorter. The ice on the Great Lakes forms later and disappears earlier. Colorado’s snowpack is melting as much as 30 days sooner than it was just a generation ago. With less snow in the New Mexico and Colorado mountains to feed the Rio Grande, the river is drying up.

Meanwhile, springs are wetter, with flooding more common (and more destructive), and summers are drier with longer stifling heat waves that can be debilitating—and deadly—for those who cannot afford the price of staying cool. Wildfires are whipped across mountain forests by overheated winds, and barges run aground in the low waters of the Mississippi River.

Evaporation threatens supplies of water for drinking and irrigation, while algal blooms choke inland lakes. In the heartland, crop yields are declining. Along the coasts, land is getting too salty for farming, as intruding saltwater seeps into freshwater aquifers and groundwater. Dairy and beef cattle stop eating, foliage trees grow dull, and sugar maple trees die.

Spectacular beaches are also disappearing. Rising seas threaten the existence of scenic barrier islands, and ocean levels around the world could rise more than four feet by 2100 if aggressive mitigation efforts aren’t undertaken, according to a study published on May 8, 2020, in npj Climate and Atmospheric Science.

Many states are taking actions to burn less coal, use less electricity, tighten fuel standards, encourage people to drive less, create greener cities, and construct more efficient buildings to change our consumption, our behaviors, our habits, and our attitudes about warming temperatures. Here are the states warming the fastest and slowest:

75th anniversary of an ax murder may reveal identity…