Work to dislodge grounded riverboat to begin in Kentucky 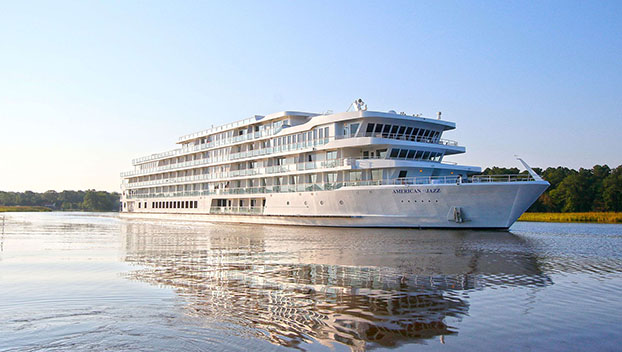 Operations to dislodge a grounded riverboat in Lake Barkley in Kentucky are scheduled to begin Friday, the U.S. Coast Guard said.

American Jazz, with 120 passengers and 54 crew members, became stuck on a sandbar last week while on a seven-night cruise between Memphis and Nashville, Tennessee, according to its operator, American Cruise Lines.

The passengers were moved off the ship and transported to a Nashville hotel on July 9. The boat was not damaged.

A safety zone remains in effect from mile marker 61.5 to mile marker 63.5 on the Cumberland River as crews work to unground the vessel, the Coast Guard said.

“In order to ensure the safety of both responders and the public, boaters are not permitted to transit within 100-yards of the vessel and salvage operations area during salvage operations,” said Commander Jennifer Andrew, commanding officer of Marine Safety Unit Paducah.